Hillary Clinton Jokes About Donald Trump On The Tonight Show 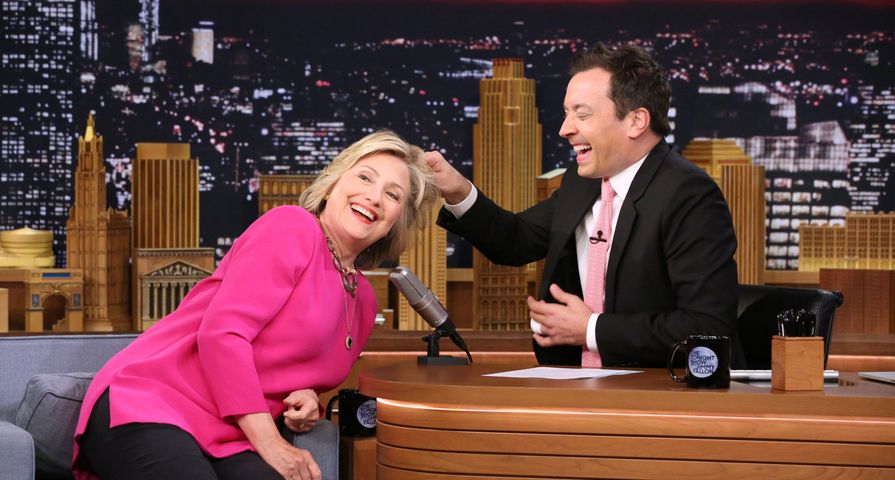 On Wednesday, September 16, the second GOP  presidential debate was underway and elsewhere there was a bit more of political talk and jabs going on. Hillary Clinton joined host Jimmy Fallon on The Tonight Show, and who knew Hillary had such comedic wit?

The pair opened the show with a sketch in which Fallon impersonated Clinton’s opponent Donald Trump and called Clinton up in order to give her a few tips.

In between the actual comic banter were some real political issues and Trump’s stance on these issues, such as how to help women’s rights. Clinton fired back at the fake Trump for his stance is on women’s issues, to which he replied, “I know a lot of women and they have a lot of issues.”

Later in the episode, there were more jokes at Trump’s expense with of course the inevitable jabs at his hair and Clinton defending herself after Trump took to his Twitter to insult her about using teleprompters often. “I have used them from time to time,” she admitted. “I learned that from watching how successful President Obama was because he knows what he wants to say and he is really intent on delivering it.”

She then offered the Trump way of doing things stating, “But I could go more stream of conciousness,” and then impersonating him with, “Ya know, this is a huge election! Ya never know what might happen. Let’s get rid of the people who don’t agree with us and only talk to the people that do.”

Watch Clinton’s comedy in the videos below!