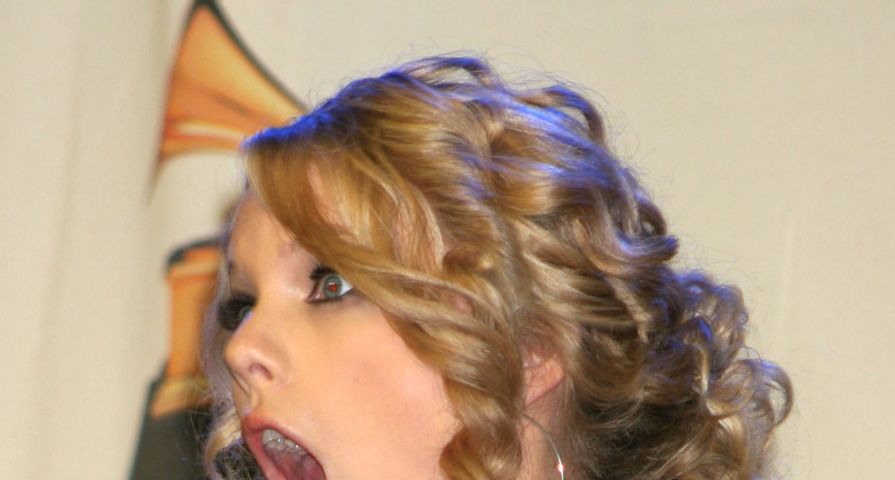 Taylor Swift triggered a buzzing topic at the 2014 Grammy Awards when–for one fleeting moment–she thought she had taken home the honor for Album of The Year. By now, you’ve seen the clip, or the GIF play over and over… and over.

Clearly, when you’re on pins and needles, every life moment becomes exaggerated. And when your album starts with an “R” and so does Daft Punk’s, there’s the chance that you’re going to project the following vowels in your favor. Taylor was a great sport when she realized the Grammy was going elsewhere. She offered class (which can’t be said for the d-bags on her team behind her), and applause for the much-deserving French duo we’ve come to recognize in their iconic robot costumes.

That having been said, not everyone in awards show history has been so gracious in defeat. Within the same category on Sunday night, it could be argued that Macklemore & Ryan Lewis offered the greatest loser reaction when Daft Punk was announced. Wasn’t there just something… laden with expectation on their faces? And possibly the best loser reaction on Sunday night? Bruno Mars’ girlfriend, when Bruno dedicated the award to his mom. Woo. She took that loss on the chin.

Throughout awards show history, there has also been a host of sore winners, and odd losers. And not even the biggest and brightest stars are exempt. Sometimes the disappointment is expected, and as the TV audience, we can offer a little grace. A great example, Samuel Jackson following his Oscar loss in 1995 for his supporting role in Pulp Fiction. On the other hand, there are the Kanye West types of the world, who just can’t seem to get over themselves.

Check out the video below for some priceless reactions to awards losses.

Also Check Out: 13 Popular Artists Who Have Never Won A Grammy!