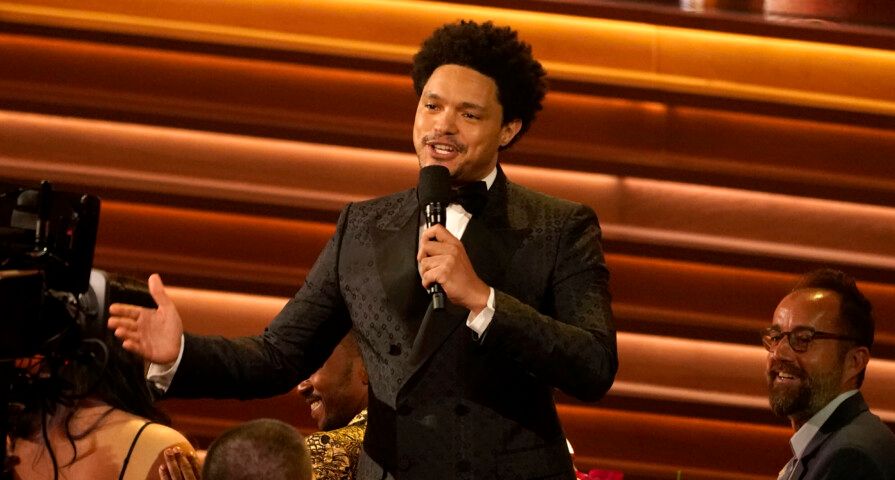 Grammys 2022 host Trevor Noah made a subtle comment at the awards show about the Will Smith and Chris Rock incident that occurred at the 2022 Oscars.

Noah’s comment was a subtle callout to the moment that actor Will Smith walked on stage and slapped Saturday Night Live alum Chris Rock at the Oscars. The incident occurred after Rock made a G.I. Jane joke about Smith’s wife, Jada Pinkett Smith, whose been open about her struggle with alopecia.

The drama didn’t end there, however, and Smith yelled up at Rock after returning to his seat. “Keep my wife’s name out your f—king mouth!” the Oscar winner shouted at Rock twice.

Smith took to social media to apologize to Rock and many others for his regrettable actions the next day. “Violence in all of its forms is poisonous and destructive. My behavior at last night’s Academy Awards was unacceptable and inexcusable,” Smith wrote while explaining that hearing “a joke about Jada’s medical condition was too much for me to bear and I reacted emotionally.”