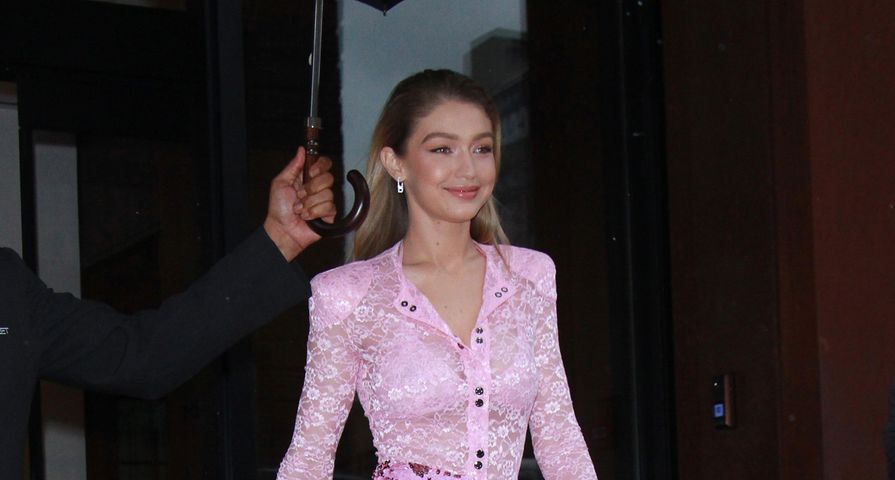 Gigi Hadid is one of Hollywood’s biggest trendsetters! She wears a statement piece and weeks later the trend trickles through Hollywood and into the mainstream, which makes tracking her fashion one of the best ways to know what’s coming next!

The California supermodel was spotted on her way to the ‘Today’ Show in New York wearing what seems to be one of the next big color trends — millennial pink! The star channeled her inner Barbie and rocked head to toe pink in the most fabulous way possible. With the holidays just around the corner, we can totally see this being the next big color. Gigi rocked a sheer lace top that was tucked into a midi length silk skirt and even had a pop of pink on the ankle of her shoes! She topped the look off with a rosy cheek, glowy skin and a soft pink lip.  “It’s a fun color, I thought, with the gray skies,” Hadid told Vogue of her fully pink look.

If you’re interested in the trend but not wanting to try head to toe pink like Gigi, try a pop of the color, whether it be a top, accessory or shoe! Pink is definitely a wearable color and the softer version of this trend is a great way to try the trend in a more subtle way.

What do you think of the color trend?