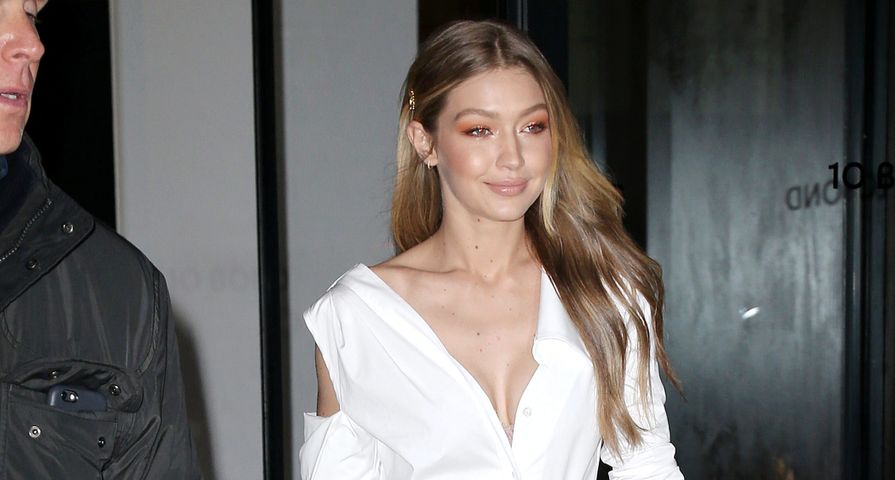 Supermodel Gigi Hadid is the street style queen of New York and has a reputation for starting many of the next must-have celebrity trends. She tends to be a rule breaker and often defies the typical standards of fashion that have been perpetuated for years.

On November 15, Gigi was spotted leaving her New York apartment breaking one of the most traditional fashion rules there is — no white after labor day! The Calfornia-born supermodel stepped out wearing a breezy white shirtdress that featured a high slit on the legs and a cotton texture that would most often be expected on a warm summer day.

She paired the flowing dress with a thick brown belt and rocked a pair of Stuart Weitzman peach slides on her feet. She strategically picked up on the colors of her shoes with her makeup by rocking a peach-toned smokey eye, rosy cheeks, and a sheer nude lip. She left her hair in beachy waves and pinned one side back for a more polished look.

What do you think? Did Gigi just break one of the biggest fashion rules and pull it off flawlessly?