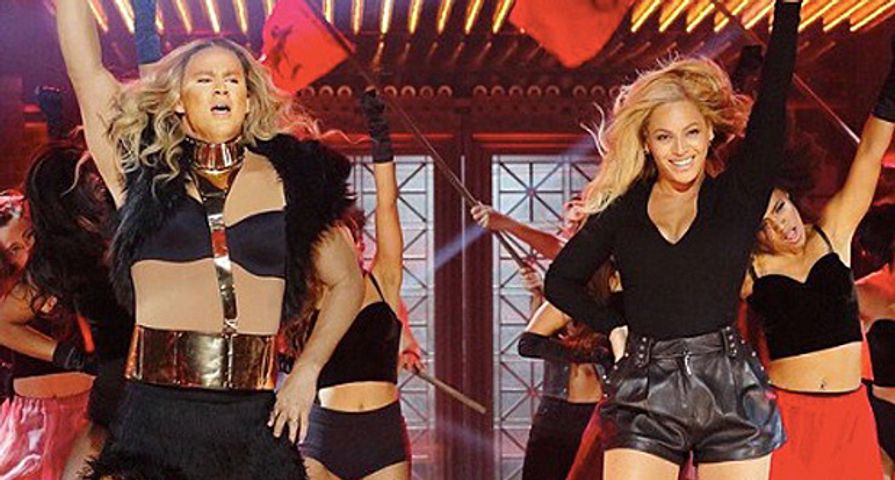 Lip Sync Battle is always epically entertaining but the Tatums took it to the next level when lovable celebrity couple Channing and Jenna Dewan-Tatum pitted their lip syncing skills against each other.

The hour long special episode had a lot of great moments including Channing dressing up as Frozen‘s Elsa and performing the hit “Let It Go” and Jenna taking on her husband’s famous Magic Mike role, giving him a lap dance to Ginuwine’s “Pony.”

While all of those were highlights, things got even better when Channing donned a full Beyonce costume to perform the anthem, “Run the World (Girls).” The 35-year-old was really giving it his all and then he shocked everyone with an appearance by Queen B herself. The two then performed side-by-side with a perfectly choreographed dance, complete with booty shaking and hair flipping.

Although the move seemed to confirm his win over his gorgeous wife who simply stared and pointed at Beyonce, and understandably looked crestfallen at her husband’s big surprise to win the battle, host LL Cool J actually named the battle a tie. “As soon as she turns around, I’m stealing it,” Channing said of sharing of the belt.