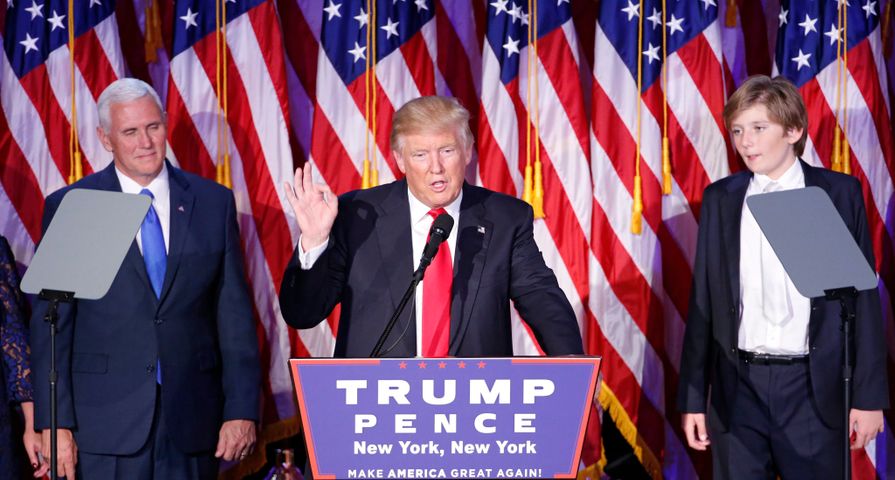 After months of campaigning and debates, the Presidential election came to an end last night, and the results have shocked many. Now that it has been decided that Donald Trump will be the next President of the United States, many are still speaking out in disbelief, shock, and anger, and in fact it seems many of those are Hollywood’s biggest stars.

While it was quite obvious that there was more than enough Trump supporters to win him the election, social media went into overdrive and #HeIsNotMyPresident began trending. It is a lot harder to find famous supporters of the 45th President, and among those who were not happy was Chris Evans who took to Twitter to write, “This is an embarrassing night for America. We’ve let a hatemonger lead our great nation. We’ve let a bully set our course. I’m devastated.”

Chris Mintz-Plasse wrote, “Look at all the awful, hate-filled people on stage with Trump. They won. Pence now gets to spew his hatred for the gay community.”

Sophia Bush, who has been extremely active on social media surrounding the election, added, “I still believe in us. Despite this evident, great divide. It’s time to come together. Hear each other. Not give up, cry or gloat. Unite.”

Of course, there are some celebrity Trump supporters including Kirstie Alley who wrote, “CONGRATULATIONS PRESIDENT TRUMP! @realDonaldTrump against all odds…against the establishment and even against most from the GOP. U did it!”