Blake Shelton Reveals New Album Won’t Be About His Divorce 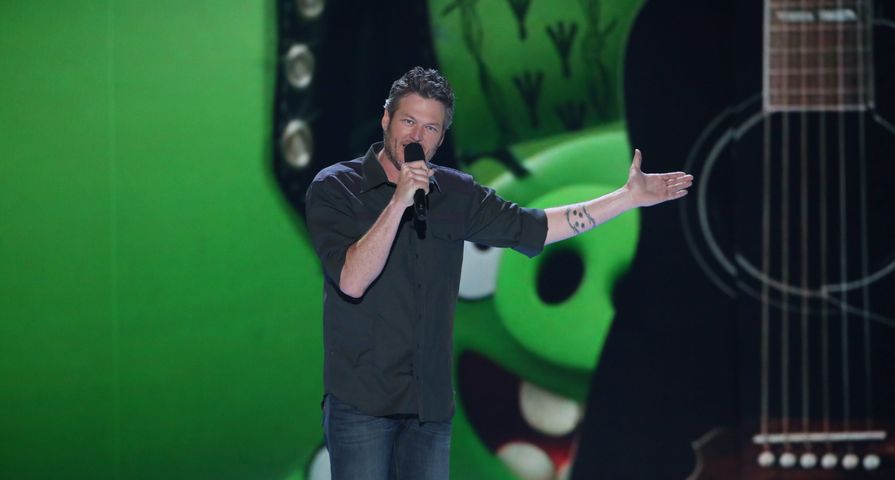 By now everyone is well aware that Gwen Stefani’s newest album is all about her difficult divorce from Gavin Rossdale and how she got over it by finding love with Blake Shelton, but Shelton says not to expect the same from his album. In comparison to his new girlfriend’s album, Shelton says his won’t have any hidden details or any details at all about his highly publicized divorce from Miranda Lambert last year.

Shelton sat down for an exclusive interview which will be airing on CMT After MidNite and he explained, “It’s not like there’s all these juicy details [in the record], but [country music] lends itself to emotions and things that you go through when you go through a divorce, and more so, the getting over that and moving on and finding someone else.”

He went on to say that he is very proud of his new album “If I’m Honest” and added that he it does reflect all of the ups and downs that have been happening in his life over the past year. “The last year and a half of my life has literally blown up in my face. That’s OK because I’m a country singer, and I at least get to take all that and put it into music… [I] couldn’t be happier with the way ‘Came Here to Forget’ has [taken] off.”

As to be expected Shelton’s new song which is about a girl and a guy coming together over drinks in a bar to get over their exes, has been discussed about him and Stefani getting together while going through similar breakups, however the song isn’t directly about Stefani because Shelton didn’t write it. Fellow country singer Deric Ruttan actually wrote the song and it was heard by Shelton who then bought the rights to record it and distribute it on his new album because it applied to his life.