Beyonce Thanks Her ‘Beautiful Husband’ At Concert Amid Lemonade Lyric Drama 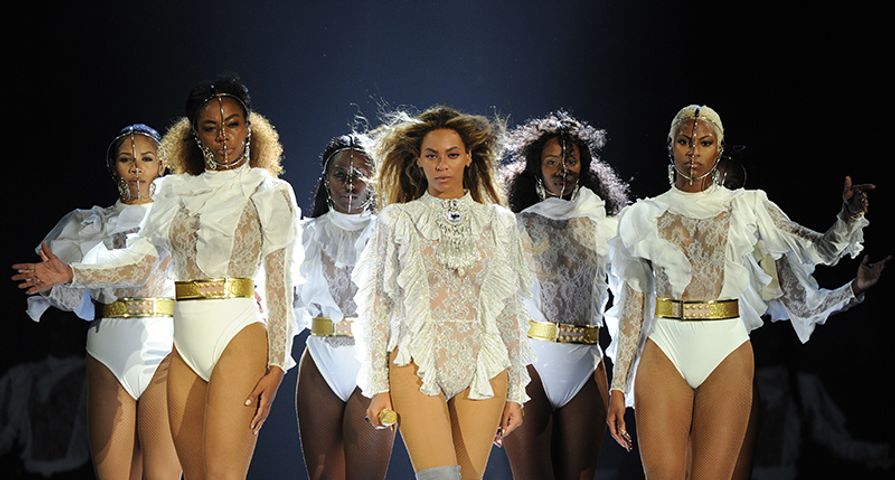 Beyonce kicked off her Formation World Tour in Miami on Wednesday, April 27 and with more anticipation than usual after she released her controversy causing album, Lemonade.

Since the release of the album four days before she launched her tour, there has been a lot of time and effort going into decoding the lyrics, a lot of which seem to point towards infidelity in a relationship and many have pointed the finger at her husband Jay-Z. Rumors of a trouble relationship and marriage have plagued the two superstars for most of their time together; however, seemingly in an effort to dispel all of the new rumors that have started, Beyonce took time at the end of her show to thank her husband of eight years.

She thanked her “beautiful husband” and also told an adorable story about their daughter Blue Ivy saying, “We were driving to rehearsal today and she said ‘Mommy, are we going to your work?’ And it reminded me that I dreamed of this day my whole life,” before thanking her large and very loyal Beyhive fanbase.

Despite lyrics such as, “This is your final warning… If you try this s–t again, you gon’ lose your wife,” it seems Beyonce and Jay-Z are doing just fine and only a couple of years ago renewed their wedding vows to each other.