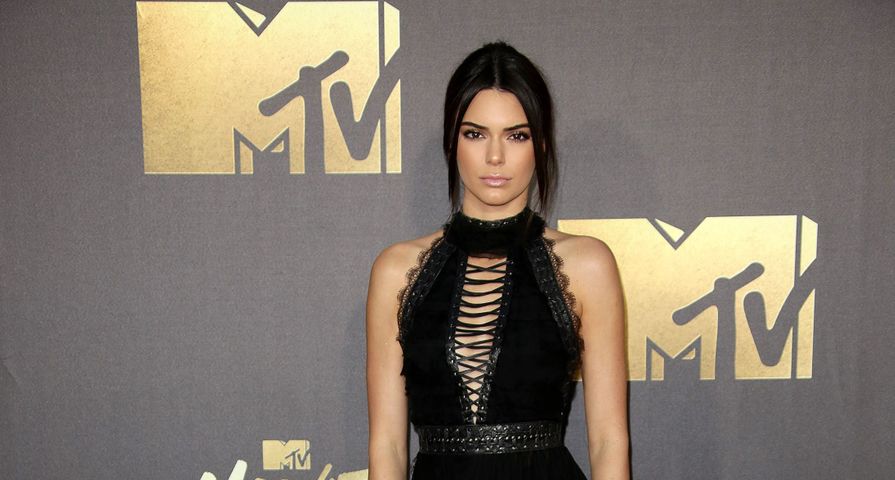 On Sunday, April 10,the entertainment industry’s most popular young stars descended upon the Warner Bros. Studio in Burbank, California for the 2016 MTV Movie Awards. Hosted by Dwayne “The Rock” Johnson and comedian Kevin Hart, fans knew they would be in for a wild ride and it all began with the red carpet arrivals. Since the awards show is aimed at a younger crowd, many stars deviate from the classic gowns usually seen at the Oscars and take many fashion risks for this particular event. Sometimes this pays off, and sometimes it doesn’t. From the bold, to the classic, to the no-good, check out which 7 stars had the best and worst looks from this year’s MTV Movie Awards!

MTV’s Faking It star Katie Stevens went outside of the box for her red carpet look, and it looks good on her! The gorgeous star donned a mesh-sleeved Labourjoisie mini with an invert V neck design and lots of sparkles. The dresses design was fun, classy, and sexy all in one which she paired perfectly with multi-hued heels, bright makeup and a simple updo.

There isn’t much that doesn’t look good on supermodel Gigi Hadid, and while she is always stunning, this was not her best look. Hadid chose a pinstriped paintsuit and an open printed bodysuit blouse by Versace, which along with her new fringe bangs look, made her look much older and more ready for a business meeting than a good time at an awards show.

Teen Mom star Farrah Abraham is not very well liked but there was no denying her amazing style on the red carpet for the awards show. Abraham opted for a floor length black and gold sequined column gown that fit her figure perfectly, showed off her curves and although her cleavage was on full display, it was not nearly as bad as her usual outfits. She also went for the classic Hollywood look with lighter locks tousled into perfect waves.

Unfortunately Teen Mom 2 star Kailyn Lowry didn’t have the same luck with her dress choice. Lowry went super sexy in a wide deep-v neck black gown with double high slits up the legs. Although the high waist showed off her new figure following plastic surgery a few weeks ago, the deep V was a little too much in terms of side-boob and was not flattering for the reality star.

Pitch Perfect 2 star Brittany Snow knocked it out of the park with her simple yet stunning plunging red-capred Haney minidress. Unlike someone coming later on the list, she mastered the strappy heel look and set the whole outfit off with bright makeup, sleek hair and a gold choker chain.

Cara Delevingne is never one for the classic look, and her outfit choice for the MTV Movie Awards was no exception. The model opted for a skin-tight black and nude Balmain catsuit with strategically placed cut out panels. Unfortunately, the second-skin look made her look like a bobblehead, and we just know she could have done so much better.

1. Little of Both: Kendall Jenner

Kendall Jenner is landing on a lot of Best Dressed lists for her red carpet look, but in reality, arguments could be made for her outfit on best and worst depending on what part you are looking at. The model looked absolutely stunning in a ruffled halter gown with a lace-up bodice, belted waist and asymmetrical skirt, but from the thighs down things gets worse. Jenner matched the dress with DSquared2 heels that  included laces tying all the way up her long legs. Unfortunately the laces got messy and her knees looked stressed as if all the blood was being pooled there. Top half: Best; bottom half: Worst.