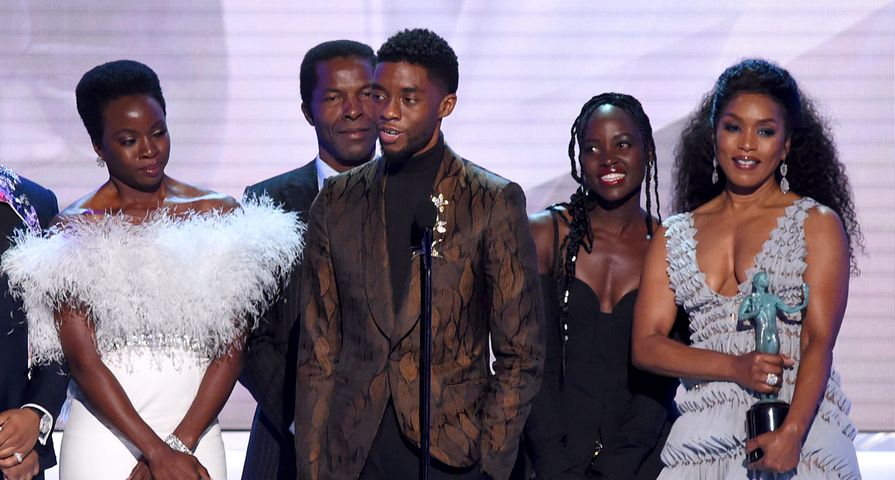 On Sunday, January 27th, Hollywood’s biggest TV and film stars came together at the Shrine Auditorium and Expo Hall in Los Angeles for the 25th Screen Actors Guild Awards. In between heavy hitting awards shows like the Golden Globes and the Oscars, the SAG Awards are a much more light-hearted affair and wrapped up in an easy two hours unlike some other awards shows that can push four hours. The 2019 SAG Awards proved to be one of the most exciting in recent years with history-making wins and adorable celebrations. Of course, it all didn’t go off without a hitch. Here are the best and worst moments from the 2019 SAG Awards:

Unlike most other major Hollywood awards shows, the SAG Awards didn’t have their first host until 2017 when actress Kristen Bell presided over the ceremony. For the 2019 SAGs, Will & Grace actress Megan Mullally became only the second-ever host, and she couldn’t have been a better choice! Mullally’s high-energy and comedic timing meant she could carry it all on her own, no co-host needed. Her opening monologue was short, sweet, and funny, which is everything both the audience at home and those in attendance wanted to kick off the show. While many agree the writing for her parts could have been better, Mullally did the best with what she had, and was actually remarkably absent for quite a bit of the show despite being the host of the event. 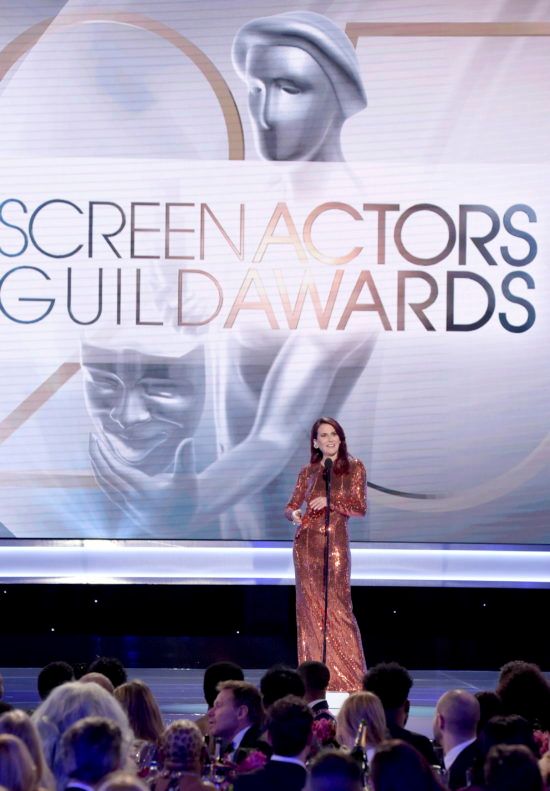 Although Megan Mullally was a great host for the SAG Awards, her bit with Alec Baldwin didn’t go over quite so well. The two stars took to the stage to present the award for Outstanding Performance by a Male Actor in a Comedy Series, and instead of the usual friendly banter between two presenters, the two got caught up in a very awkward sexual flirt fest. The little skit made several viewers both at the event and at home feel very uncomfortable. “Well Alec Baldwin and Megan Mullally’s bit was super painful to watch,” one wrote. 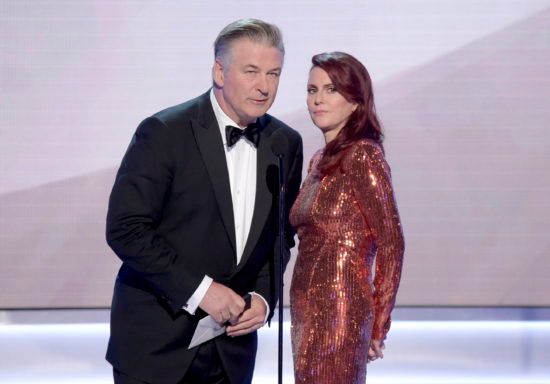 Actress Sandra Oh has been on a roll thanks to her new hit series Killing Eve, and after she made history at the Golden Globes with her win, she delivered yet another amazing speech after winning again for Outstanding Performance by a Female Actor in a Drama Series at the SAGs. Oh’s speech was emotional and uplifting as she thanked stars including Jamie Foxx and Lena Waithe for encouraging her throughout her career. “Jamie Foxx in 2006 pulled me aside and said, ‘Keep going.’ And in 2017, Lena Waithe, she just embraced me and said, ‘You already won. It’s in the work.’ So thank you to my fellow actors. Thank you so much.” At the Emmys, Oh became the first woman of Asian descent to be nominated for outstanding actress in a drama and the first to take home the award. As for her history-making Globes win, she became the first Asian performer to win multiple Golden Globes. 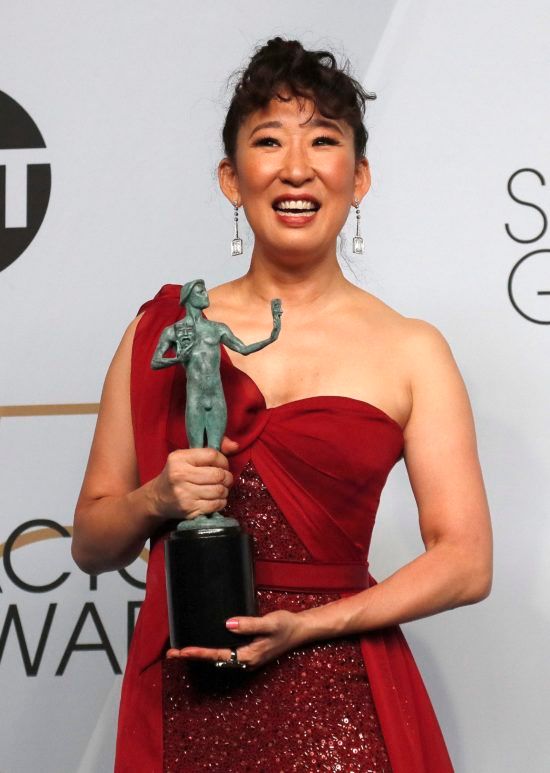 The stars of the hit drama This Is Us celebrating their big win for Outstanding Performance by an Ensemble in a Drama Series for the second year in a row was definitely a highlight of the night, but young This Is Us star Mackenzie Hancsicsak stole the show with her entrepreneurial spirit. The actress, who plays Young Kate, on the series, let her fellow attendees know that she was selling Girl Scout cookies at Table 34 and shared a photo alongside her costar Parker Bates. Ahead of the star-studded soiree, Mackenzie said she’d be wearing “a blue dress” with “Thin Mint cookies in my purse.” The great thing about the SAGs is all of the behind-the-scenes fun the stars are having at their tables.

While many were excited for their Sunday night to be full of all of the SAG Award coverage, it also unfortunately coincided with a highly anticipated television event. Many fans were sad to learn that the SAG Awards were airing at the same time that FOX was airing Rent Live. Some audiences had to DVR one or the other, while others just resorted to flipping between the two, but for those who wanted the live experience, it was unfortunate that they had to choose between the SAG Awards and Rent Live. 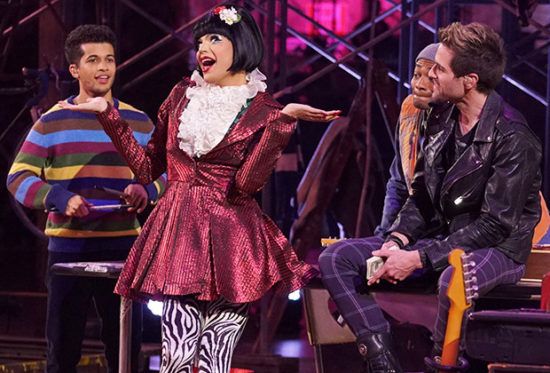 In terms of Hollywood love stories, Emily Blunt and John Krasinski kept theirs relatively quiet, but this past year they have been the darlings of red carpets and awards shows after working together for the 2018 hit film A Quiet Place. After stealing everyone’s heart with their red carpet entrance, it continued inside when Blunt won for Outstanding Performance by a Female Actor in a Supporting Role for A Quiet Place. After their sweet celebration at their table, Blunt accepted the award and dedicated it to Krasinski, effectively making everyone swoon over the adorable couple. “I am going to share this completely with my husband, John, because the entire experience of doing this with you has completely pierced my heart directly.” Krasinski was clearly moved by her words, giving his best sentimental reaction and holding back tears as she referred to him as a “stunning filmmaker.”

Justin Hartley is handsome and absolutely beloved as Kevin Pearson on This Is Us, but it seems the actor does better when he sticks to the script. The cast of This Is Us took the stage to accept their awards for Outstanding Ensemble in a Drama Series, and after Mandy Moore finished her heartfelt tribute, she turned it over to Hartley. After giving the usual speech of thanks and working with such amazing people, he added, “And thank you to all of our parents up here for feeling randy — otherwise we wouldn’t be here.” The would-be joke caught everyone by surprise and fell flat. The awkward moment still has many fans cringing. 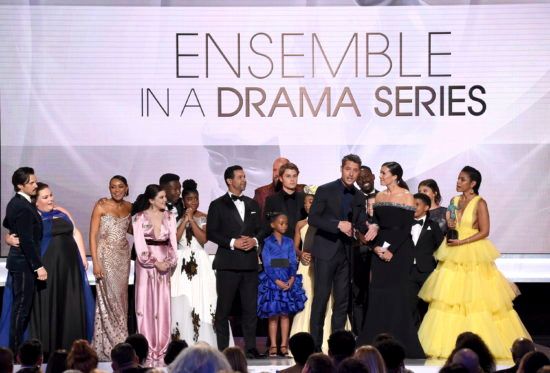 A lot has happened for actor Geoffrey Owens in the year since he was shamed for working at Trader Joe’s. The shaming in the tabloids actually backfired and the former Cosby Show star was offered several roles by his peers and found himself at the 2019 SAG Awards where his message as part of the “I am an Actor” intro was met with every enthusiastic applause. “Somewhere in the middle of the road of my life, I found myself in the dark wood of unemployment and debt,” Owens said to the camera. “But instead of switching careers like a sane person, I took a job at the local Trader Joe’s to see if I could hang in there with my career. And it’s actually worked out pretty well. I’m Geoffrey Owens, and I am an actor.” “I just can’t believe it,” he said of the warm welcome and lengthy applause he received. “It’s just so bizarre. I just feel like, ‘What am I doing here?’ I just talked to Glenn Close. It was so great because we worked together years ago. Everybody has just been so kind and so nice. I can’t believe it. I’m in awe.”

Everyone was thrilled to see Tracy Morgan present for Best Ensemble in a Comedy Series, but he almost flubbed the whole thing! Morgan surprised everyone when he actually joked about the devastating 2014 car crash that nearly killed him when he said, “As a former winner, if you win this award tonight, and get hit by a Walmart truck, and survive … you’re gonna be set for life.” After the laughs, Morgan dove right into almost announcing the winner — before the nominees had even been introduced on the video! As Morgan began opening the envelope and reading the winner, many spoke out and stopped him just in time. 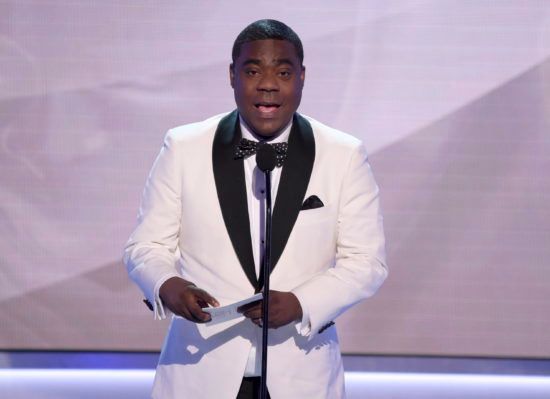 Black Panther became the first superhero film to be nominated for major awards this year and it made history when it won Outstanding Performance by a Cast in a Motion Picture at the SAGs. Black Panther’s win makes it the first comic book superhero movie to win best ensemble at the SAG Awards, and was additionally important as the film has sparked new conversations about representation in major Hollywood films and at major Hollywood awards show. While the win was incredible, it was only made better by the powerful and thoughtful acceptance speech that was given by star Chadwick Boseman on behalf of the cast. “When I think of going to work every day and the passion and the intelligence, the resolve, the discipline that everybody showed, I also think of two questions that we all have received during the course of multiple publicity runs,” Boseman told the audience. “One is: Did we know that this movie was going to receive this kind of response? Meaning, was it going to make a billion dollars? Was it going to still be around during this awards season? The second question is: Has it changed the industry?” he continued. “Has it actually changed the way this industry works [and] how it sees us? And my answer to that is: ‘To be young, gifted, and black.’” 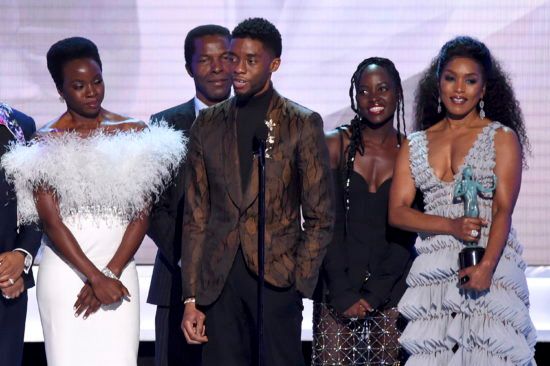 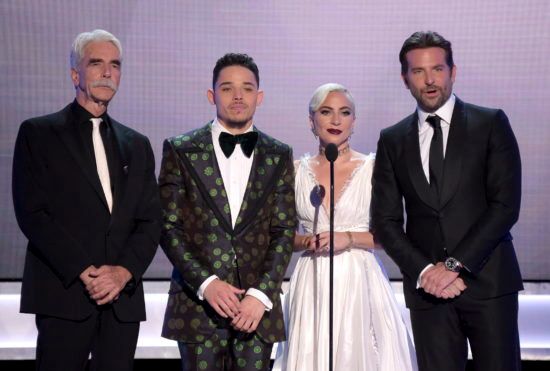 Undoubtedly one of the biggest highlights of the entire evening was when iconic actor Alan Alda graced the stage when he was presented with the SAG-AFTRA’s Life Achievement Award. Alda, who has had several roles in both film and TV over the years, received a standing ovation from the star-studded crowd in a truly special moment. If that wasn’t enough, his speech was poignant and thoughtful and hit home for everyone. “It may never have been more urgent to see the world through another person’s eyes when the world is so divided … actors can help a little with what we do,” he said. “Let’s stay playful; let’s have fun. Let’s keep searching.” 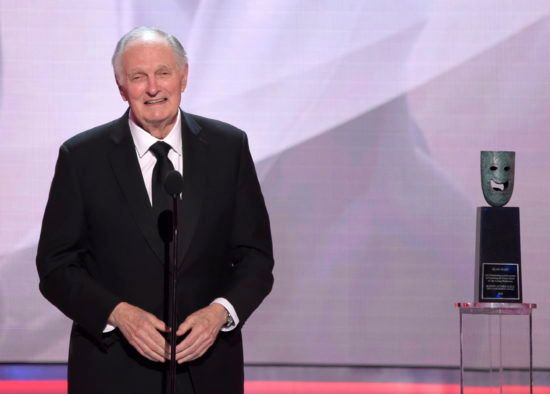