Tyga Finally Speaks Out About His “Love” For Kylie Jenner 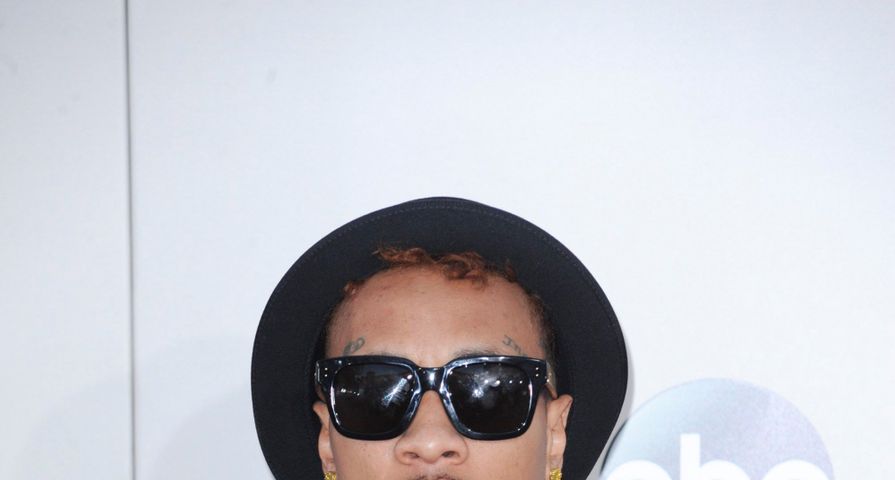 It seems everybody except for Kylie Jenner, 17, and Tyga, 25, themselves want to talk about their possible relationship after months and months of unending rumors that the two are a couple.

While there always seems to be a negative spin on their “friendship” due to the age difference, Tyga finally spoke out about it but in no way cleared up what the situation actually is between himself and the reality star.

In a radio interview along with fellow rapper Chris Brown, Tyga did speak about Kylie and spoke about love but declared it was “nobody’s business” if he is in love with her or not.

“Whether if I tell the world that I love her or I don’t, it’s gonna be me to dictate that, and how I want to keep my friendship and relationship with her,” he stated. “I feel like it doesn’t matter what the world thinks. If you’re around somebody, and you love being around that person, that’s all that matters. I don’t feel like what anybody could say would change that… how I feel for her as a person…She’s just a good person, she’s got great energy.”

He did go on to say that they have been friends for so long it’s hard to label it, “It’s all love there, and we’re going to continue to grow,” which prompted the radio host to flat out ask “Are you in love with her?”

While if Tyga really wanted to lay the rumors to rest it would have been easier if he had just said no but he actually made their relationship status even more vague.

“I love her as a person…I mean I don’t think it really matters. If you love being around somebody, that’s all that matters, you know? Sometimes you gotta just let that artist live their own personal life sometimes, and you gotta respect that as a fan and a spectator of what we do.”