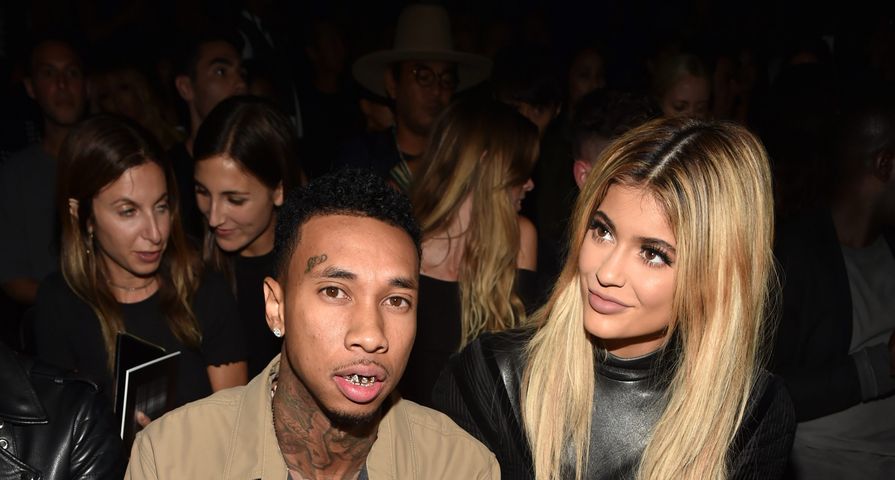 Kylie Jenner’s relationship with 26-year-old rapper Tyga has been well documented in the media, even well before the two confirmed they were a couple following her 18th birthday in August, 2015.

In late 2015 however rumors went wild that the two abruptly broke up after Kylie caught Tyga texting and FaceTiming with another woman, and now a 14-year-old aspiring model and singer who OK! Magazine suggested is another woman Tyga inappropriately contacted is speaking out, causing Tyga to defend himself.

Molly O’Malia came forward during a press conference on Monday, Jan. 4, to tell her side of the story after the publication suggested an inappropriate relationship between herself and Tyga. The 14-year-old stated that Tyga reached out to her on Instagram but never mentioned her music, adding, “I began to feel uncomfortable when he asked me to FaceTime with him. He asked me to FaceTime 3 times, but I did not do it. Because of my discomfort with why he wanted to communicate with me I quickly stopped responding to him.”

For his part however, Tyga’s rep admits the rapper did reach out to O’Malia, but only to scout her for her musical talent, contradicting her statements he never talked about it. According to TMZ, Tyga said it was purely business and not inappropriate at all while text messages between the two indicate O’Malia told Tyga she was 17. His rep also said that Tyga only asked to FaceTime to talk about her music and see her sing as he sat in the studio with his producers. Of course, the case is raising many eyebrows as it has long been believed that the relationship between Kylie and Tyga began when she was only 16 or 17 and he was around 25 years old.