The Grammy Awards Pay Tribute To The Late Kobe Bryant 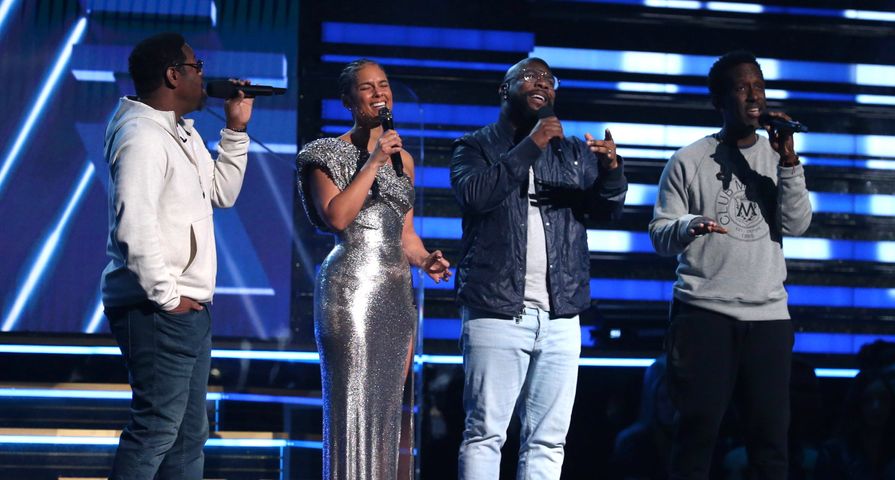 The 2020 Grammy Awards took a moment to pay tribute to basketball superstar Kobe Bryant after his unexpected passing on the morning of January 26.

The show opened with a performance by Lizzo, who is the most-nominated artist and earned eight total nods for her album Cuz I Love You at tonight’s Grammys. “Tonight is for Kobe,” she said before starting her performance.

Host Alicia Keys took the stage next and spoke about the tragedy of Bryant’s death. “We’re all feeling crazy sadness right now,” Keys said after taking the stage slowly.

“And we’re literally standing here, heartbroken, in the house that Kobe Bryant built. Right now Kobe and his daughter Gianna and all those who have been tragically lost today are in our spirits our hearts, our prayers. They’re in this building …We never imagined in a million years we’d have to start the show like this.”

Keys continued by speaking of the power of music and how much music meant to the late Bryant. She shared, “I know that it’s the most healing thing in the world. So let us get some healing going on right now.”

Keys and Boyz II Men then took the stage for an a cappella duet of “It’s So Hard to Say Goodbye to Yesterday,” as lights went up on Bryant’s yellow Lakers jerseys.