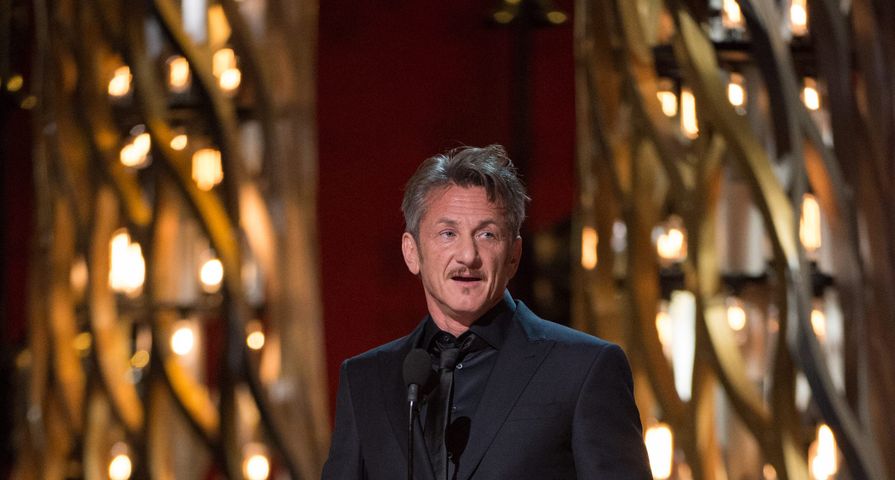 Is someone asking Sean Penn to apologize for making an immigration joke at the Oscars?

The over-the-top, American political correctness trickles into every awards show now. Most recently, Term P.C. got its feelings hurt at the Oscars when Sean Penn awarded Alejandro Gonzalez Innaritu for Birdman‘s winning of the top prize. If you missed the show, Sean Penn opened the envelope, then with a wry grin said, “Who gave this son of a bitch his green card?”

Yes, Alejandro and Sean go way back, and Sean stated that he dropped the one-liner so his friend and former director (21 Grams) would know that he won the award before anyone else in the room.

Some people however called for Sean to apologize, due to the remarks being insensitive. Sean scoffed, and suggested people dig a little deeper to see how ironic it was that he make the statement in the first place. “I have absolutely no apologies,” Penn stated calmly.

“In fact, I have a big f–k you for every….and anybody who is so stupid not to have gotten the irony when you’ve got a country that is so xenophobic. If they had their way, you wouldn’t have great filmmakers like Alejandro working in this country. Thank god we do.”

Sean is one of the biggest lovers and biggest critics of the United States of America. He almost looks at his nation like a parent–trying to praise it for good work, and trying to reprimand and guide it away from what he considers widespread “xenophobia.”

And should he apologize? Why? The very fact that people are able to watch the Oscars–which is a night the industry has opened up to the public who enjoyed the films made the prior year–is still a private ceremony. It’s full of inside jokes, shoulder rubbing, butt-kissing and the like. The day Sean Penn should apologize for ribbing a close friend is the day Stephen Colbert should apologize for being sarcastic toward real guests on The Colbert Report.