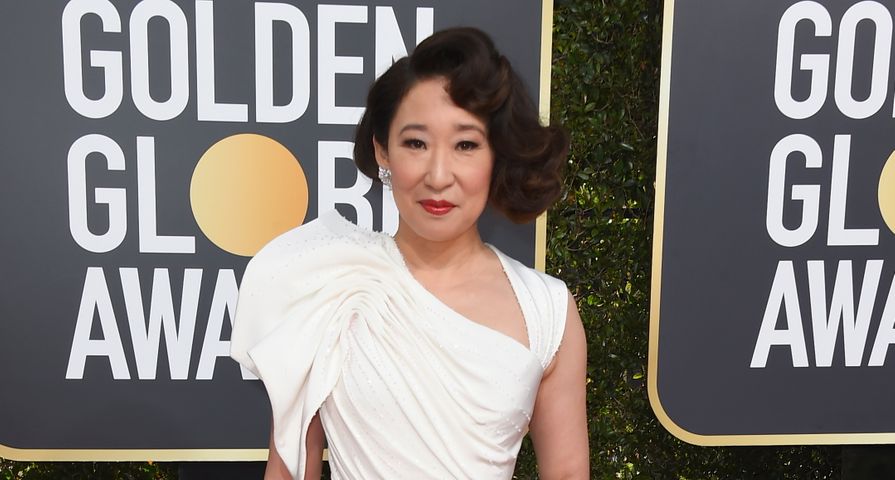 This year’s Golden Globes is a monumental night for Oh since not only is she co-hosting the event, but she has also been nominated for Best Actress in a Television Series Drama for her role in Killing Eve. Her looks for the big night have been styled by celebrity stylist Elizabeth Saltzman who is the same stylist who works with Gwyneth Paltrow and Saoirse Ronan.

Oh’s debut on the red carpet tonight definitely did not let us down. She radiated in a sleek white Versace gown that featured an asymmetrical neckline and ruching along the bust. She added the Golden Globes glam factor by accessorizing with a set of sparkling bangles and sculptural diamond earrings. For her hair, Oh channeled old Hollywood glamour with classic side-swept finger waves and a pop of cherry red on her lips.

This has to be one of Oh’s most glamorous looks of all time! What do you think of her look?