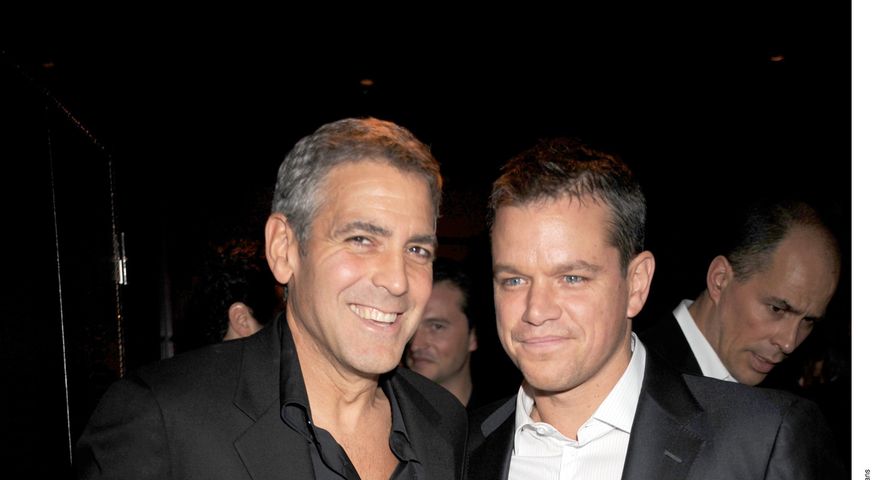 Oh, to be Matt Damon.

Aside from being one of the biggest and most beloved celebrities on the planet, all of his best friends are also at the top of the Hollywood A-list, meaning Damon is always one of the first to know about the biggest things.

Now that it has been confirmed that George Clooney and his wife Amal Clooney are in fact expecting twins this June, Damon revealed that he was one of the first his friend Clooney told, and Clooney even broke a major rule when doing so.

“I was working with him last fall and he pulled me aside on set and I mean, I almost started crying. I was so happy for him,” Damon told Entertainment Tonight Canada. “And I was like, ‘How far along is she?’ And he goes, ‘Eight weeks.'”

Damon then panicked because as a father of four he knows about the well established 12 week rule when telling others you are expecting. He replied to his friend, “‘Are you out of your mind!? Don’t tell anybody else! Don’t tell anybody else! Don’t you know the 12-week rule?’ Like of course he doesn’t.” He added that he told Clooney to “just shut up.” “But then four weeks later, I’m like, ‘We’re good right?'” and Clooney said, “We’re good.”

Although Clooney has had his reservations about being a parent, Damon is super excited for the two. “So yeah, I’m thrilled for him. She’s amazing. He hit the jackpot. Just on every level. She is a remarkable woman. They’re gonna be great. They’re gonna be awesome parents. Those kids are lucky.”