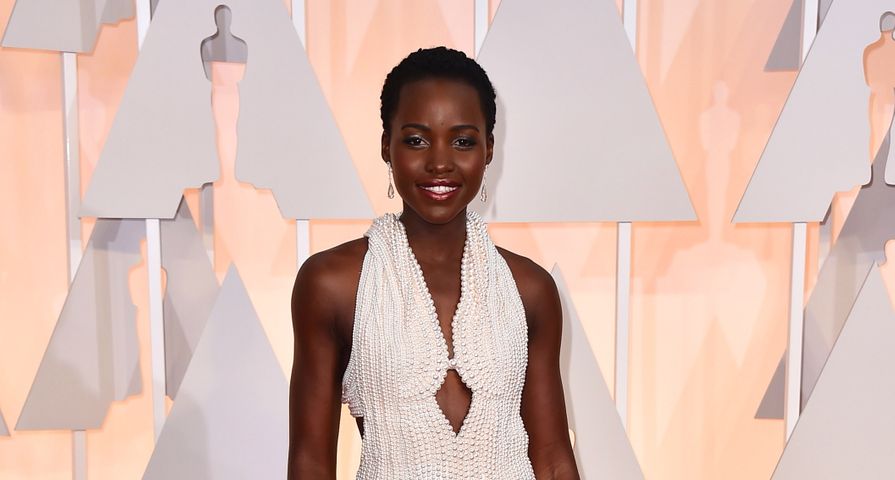 Actress Lupita Nyong’o has become known for her amazing red carpet style, so leading up to Hollywood’s biggest night at the 87th Annual Academy Awards on Sunday Feb. 22 many were anticipating what the gorgeous star would choose to wear.

She of course did not disappoint as she outshone all the others in a $150,000 Calvin Klein dress adorned with over 6,000 white pearls.

It seems however that the flashy dress not only caught the attention of fashion admirers but by some brazen criminals as the dress was reportedly stolen out of Nyong’o’s hotel room on Tuesday February 24.

The star was staying at the London West Hollywood and was out of her room all day from 8am to 9pm when the dress was taken and police are now going over every bit of surveillance footage in that time frame to try to find the culprit, TMZ reported.

Sources state that Nyong’o had a large group of people with her including friends, as well as makeup and hair stylists among others, meaning there was at least five or six people who had keycards to access the room.

Another complicating factor in the case is that the actress does not actually own the dress as it was simply on loan and is the property of Calvin Klein, making it difficult for her to file a police report immediately the source revealed.

Also Check Out: 15 Most Memorable Red Carpet Looks Of The 2000’s