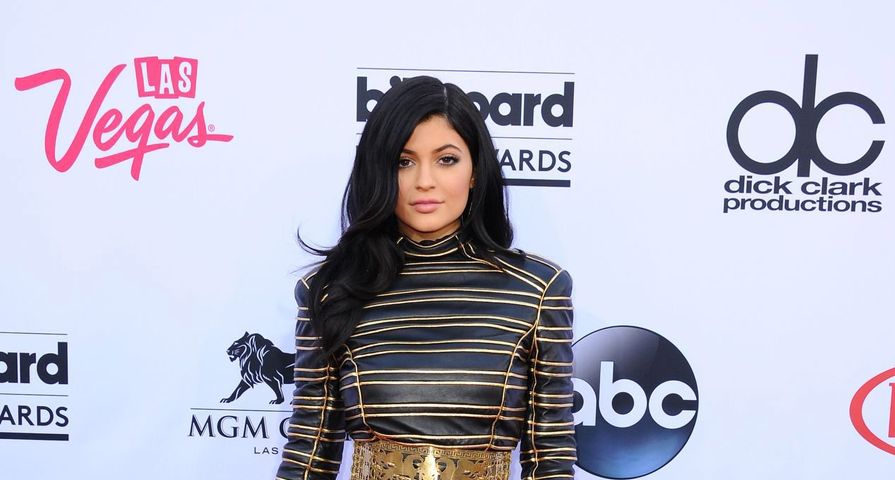 Kylie Jenner is quickly becoming a social media queen, so it isn’t surprising that, with a ton of Instagram and Snapchat followers, the launch of the 18year-old’s very own app is doing really well.

Earlier this week, Jenner released the “Kylie Jenner Official App,” which is all about her life and of course shares the tips everyone wants to know about her makeup and style, and after the app took the number one spot on iTunes, she celebrated with silly videos.

Since going public with her relationship with 25-year-old rapper Tyga after officially turning 18 in August, both are featured in the videos in which they turned Tyga’s face into a zombie face and one in which she covered his eyes with little hearts. In another lovey-dovey one the whole screen is covered with hearts over Tyga’s face and Kylie can be heard saying, “aw, you’re so cute!”

Jenner has good reason to celebrate too because, aside from reaching the top spot on iTunes, her app completely dominated her sister’s apps, which were also launched this week. A reported 891,340 people signed up in total for the sites within 24-hours; however, a whopping 74% of them were for Kylie’s, 11% were for Khloe’s, 9% were for Kim’s and only 6% were for Kendall’s.