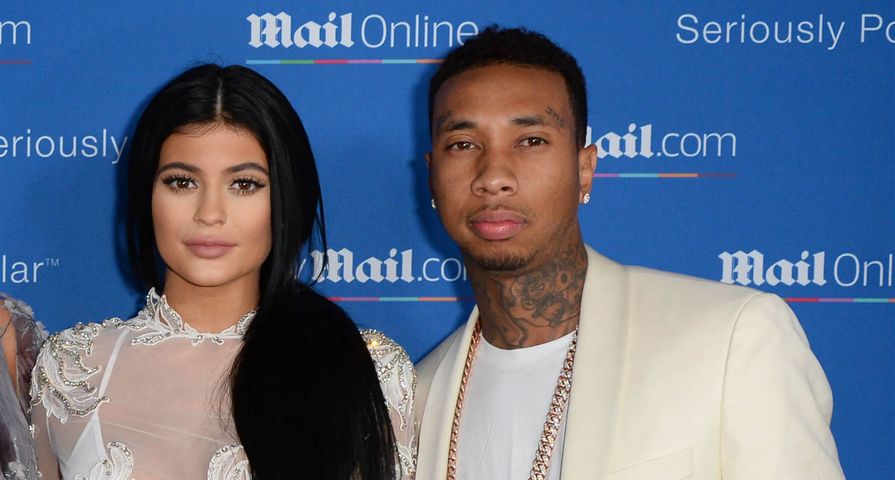 The relationship between Kylie Jenner, 18, and Tyga, 25, has been under the microscope for quite some time since it very clearly started well before Jenner was an adult.

However, now that she is officially 18, the pair have been much more open about their relationship and have stopped trying to spin the “we are just friends” lie and we’re kind of wishing they would go back to it.

Tyga’s music has never really taken off, but he’s now using his very famous girlfriend to try to rake in fans by going very public with their relationship and featuring Jenner as his love interest for his new music video for the track “Stimulated.” Tyga begins the video by himself rapping about “being big” at the bank and shows himself rolling a joint before Jenner roles up in her fancy sports car. The two get romantic quickly, kissing and hugging on the balcony of a mansion while his lyrics include, “They say she young, I should have waited. She a big girl dog but she stimulated.”

He also raps about how “hot” she is in what is obviously mostly a song about defending the relationship he had with her when she was 16 to 17.

Earlier this year, Jenner’s older half-sister Khloe Kardashian opened up about Kylie and Tyga saying her sister is more mature than most 17 year olds while Tyga said back in February, “Whether if I tell the world that I love her or I don’t, it’s gonna be me to dictate that, and how I want to keep my friendship and relationship with her. I feel like it doesn’t matter what the world thinks. If you’re around somebody and you love being around that person, that’s all that matters.”

Check Out The Video Below!