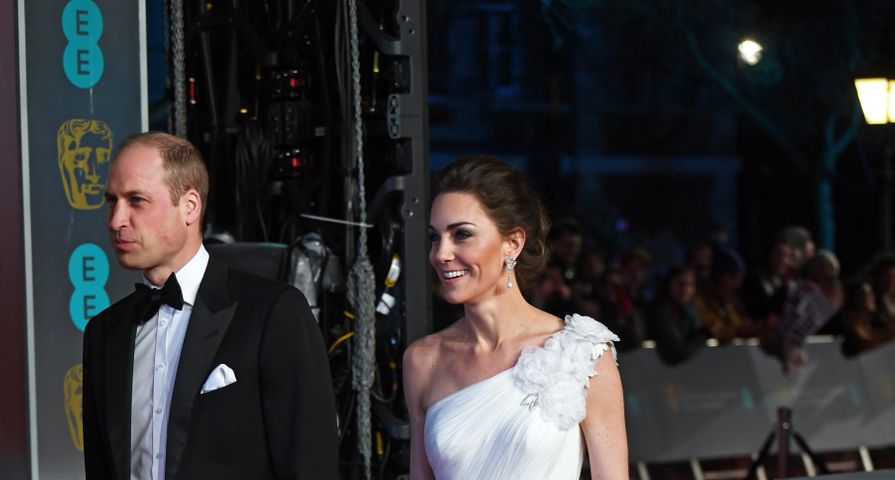 It’s rare to see the Duke and Duchess of Cambridge on a celebrity red carpet, but their one exception is the annual British Academy of Film and Television Arts Awards or for short, the BAFTAs.

On February 10th, the royal couple stepped out looking head-to-toe glamorous on the BAFTA red carpet. There’s no better time than the BAFTA awards to try to shake up your style and clearly, Kate Middleton agrees! The Duchess opted for a one-shoulder Alexander McQueen number in a crisp shade of white. We absolutely love the one shoulder embellishment of her look, which isn’t a style that Middleton often opts for.

She pulled her hair into a coiled updo which added a really elegant feel to her look and allowed the intricate detailing of her one-shoulder strap to shine. She coupled the look with a pair of diamond-and-pearl earrings that were once owned by her late mother-in-law, the Princess of Wales. Her final touches were a diamond bracelet and a pair of glittering Jimmy Choo heels.