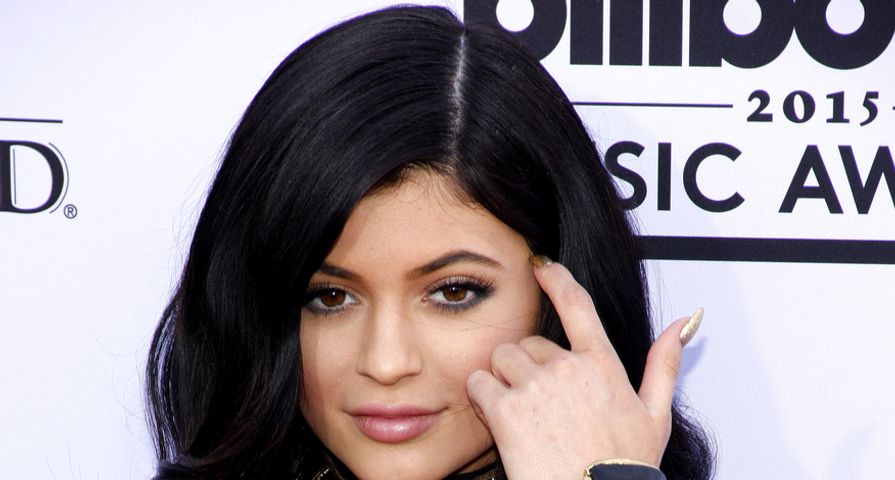 Unfortunately Kylie Jenner might find herself in a similar situation as her sister, Kim Kardashian.

The Daily Mail reports that a sex tape of Jenner, 18, and her ex-boyfriend, Tyga, 26, has surfaced on the internet. And the worst part? It appears the source of the video came from Tyga’s own official website, Tygasworld.com. While the video was reportedly taken down after 30 minutes, there are claims that at least 1 Twitter user has downloaded the video footage. According to one of the Daily Mail’s sources, “Tyga will not sign off on releasing it to the masses, but Kylie is scared that a sex tape could get in the wrong person’s hands with one of his buddies and they could put it online to embarrass her.” The Kardashians and Tyga have had a rocky relationship since Tyga’s ex-girlfriend, Blac Chyna, became involved with Rob Kardashian.”She is freaking out that something like that will happen, especially if she starts bashing Tyga in any way. If the Kardashians bash him, it would open the door for something like that to happen. He has a lot of power right now,” the source claims.

The couple split earlier this month and Jenner is now rumored to be dating Canadian rapper PartyNextDoor, 22. A source in The Sun reports that her family is happy with her new beau.”Kylie’s family found the eight-year age gap with Tyga a bit weird, especially as they got together before she turned 18 last year. PartyNextDoor is much better as he’s only four years older than her.”