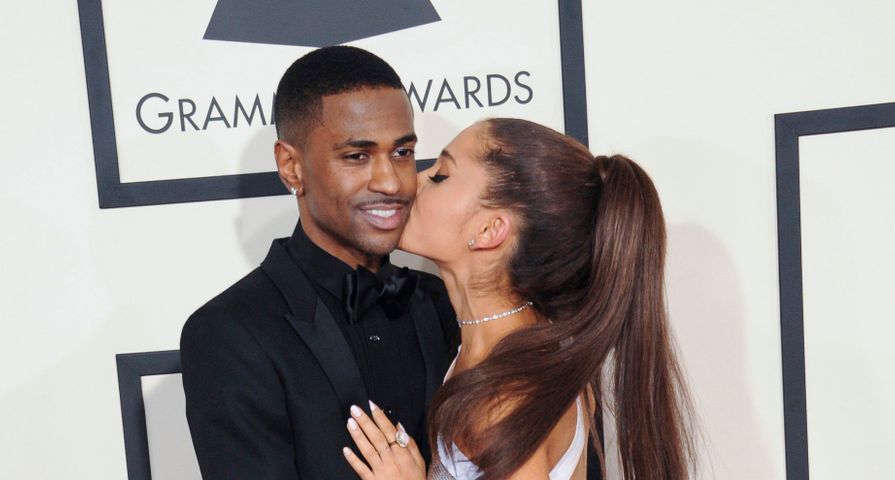 Pop star Ariana Grande, 21, and her boyfriend rapper Big Sean, 26, are not shy about their love for each other after confirming their relationship back in October after several months of dating.

While they often flirt and share messages and photos on social media, the two are not often present at the same event, but they were just as adorable in real life at the Grammys on Sunday February 9 as they are online.

The pair looked stunning with Grande rocking a head turning white/metallic Versace gown and her signature high ponytail and Big Sean sporting an all black Saint Laurent tuxedo and were not shy about their feelings for each other as they snuggled up for pictures.

At one point Ariana even leaned in to kiss her beau on the cheek while he put his hand on her bottom and continued their lovey-dovey ways during interviews.

After they walked the red carpet, Grande once again took the love to social media posting a picture of the two on Instagram and writing, “Thanks to my boyfriend for making me laugh thru the nerves/unbearably awkward red carpet interviews. There is nothing weirder. i love u @bigsean.”

Sean also gushes about his love when given the chance, recently telling Billboard magazine, “She’s supercool—the coolest,” and praising her on the red carpet for her ability to handle her nerves and how she handles the pressure “great.”