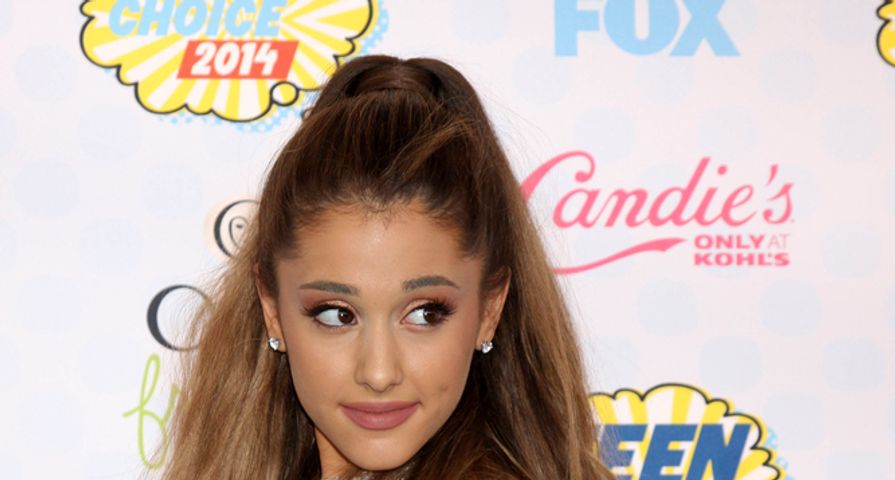 Ariana Grande has skyrocketed to fame — and she’s turned to Miley Cyrus for help dealing with hurtful rumors.

The “Problem” singer, 21, told the Daily Mirror newspaper that she talked to Miley Cyrus after reports surfaced that Ariana was rude to fans and her life coach.

One of the worst rumors claimed that she said her fans could “all go f—ing die” after they refused to photograph her only from the left side. Her life coach also reportedly quit because he could no longer deal with her bad attitude.

“It’s weird to me because I do see myself as a fairly positive, very friendly person,” she told the Telegraph magazine. “So it’s kind of odd.”

Miley had nothing but positive support for her fellow former child star: “Girl don’t even look at it. Just be happy that you’re blessed,” Miley said. “You have family and friends love you, you have fans that love you who know what’s true and what’s not. It will blow over and tomorrow they’ll be talking about something else.”

Ariana said of Miley: “She lives for love and that’s something I do too. She has a beautiful spirit and that made me feel so much better.”

Ariana also said that the root of the negative press about her might be sexism. She thinks she’s only being called a diva because she’s a strong woman, and that a man like her would be labeled an “amazing businessman.”