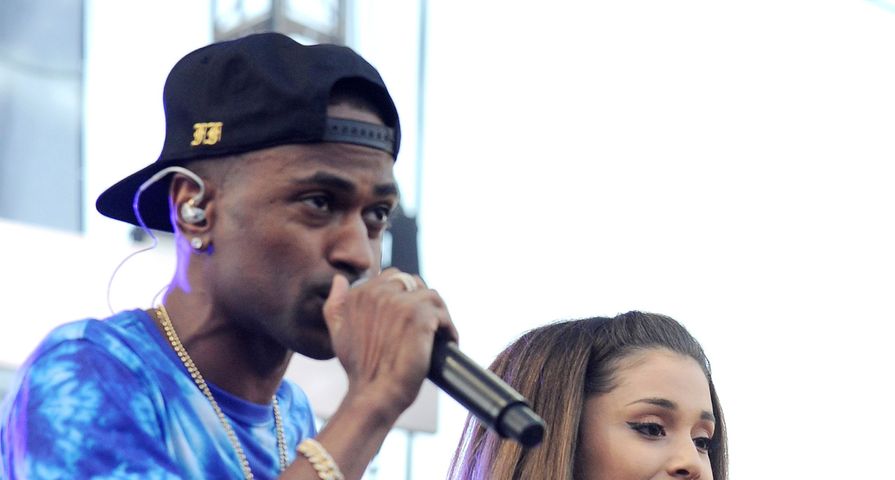 Although it has been pretty obvious after months of speculation, Ariana Grande has finally confirmed that her and rapper, Big Sean, are definitely a couple.

Their budding romance was first reported late this past summer when the pair recorded the song, “Best Mistake” together at which time Big Sean stated, “The chemistry between me and her when we work is great. We’ve been friends for years before anything else.”

Shortly after they were seen going on movie dates and holding hands backstage at the MTV movie awards but never publicly announced their relationship.

In a recent interview however, the 21-year old singer outright gushed to Britain’s The Telegraph, stating, “Yes” when asked if they were in a relationship.

She then continued, “He is one of the most amazing men in the whole world, and that includes my grandfather and my brother. I think the world of him, and he’s an amazing person. That’s kind of all there is to it.”

Both stars are coming out of long-term relationships, as Big Sean who is 26, ended his six-month engagement from Glee’s Naya Rivera back in April. She later wed only a few months later in July to actor/model Ryan Dorsey.

Meanwhile, Grande’s relationship with Jai Brooks reportedly ended in July, just one month before rumors of her new romance with Big Sean took off.

The couple are mostly low-profile about their relationship but are definitely in love, “Now its gotten serious very fast. They are much happier than in their previous relationships,” a source close to the couple stated.