The 10 Worst Dressed Celebrities Of 2014 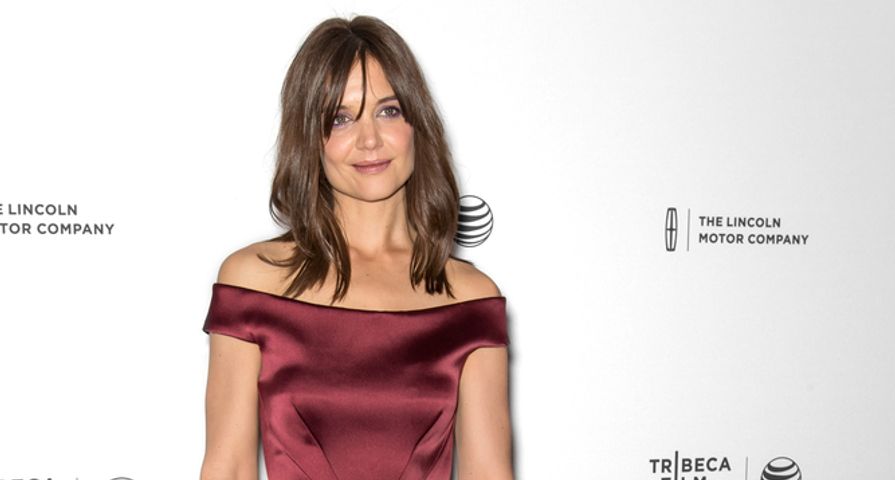 Fashion is just one of those things where you either get it or you don’t. In 2014, some celebrities showed us just how true that is. They have walked the red carpet on many occasions this year looking pretty thrown together. Some of them have stylists and some of them don’t. Those who have wound up on our worst dressed list should definitely sack their stylists while the ones who don’t have one need to invest in one pronto. There is never a good reason for a celebrity to look bad on the red carpet. They have way too many resources at their disposal to look anything except great. Here are Fame10’s picks for the 10 worst dressed celebrities of 2014!

Julia Roberts is like a queen in Hollywood. She made her mark when she was relatively young and since then she has just been coasting along, working when she feels like it, but mostly keeping out of the spotlight whenever possible. When she does come to events these days, she has no idea how to dress for the red carpet. She reportedly has a stylist by the name of Elizabeth Stewart. She also styles Cate Blanchett, who tends to make every best dressed list.

Unlike Blanchett, Roberts never makes any best dressed lists these days. Stewart is obviously not doing her job well. Either that or Roberts is the one making all the decisions, none of them being that good. Remember that awful pink Valentino jumpsuit (yes, we said jump suit) that she wore to the Screen Actors Guild Awards this year? It was pretty bad. Whoever gave the okay to that outfit should be fired.

When Katy Perry hits the red carpet, she likes to make a statement. Sometimes she looks really good while doing this but, most of the time, she really doesn’t. This year, she made quite the statement when she showed up at the 2014 MTV VMAs in a patchwork denim dress, much like the one that Britney Spears wore to the 2001 MTV VMAs. While Spears herself thought that the “I Kissed a Girl” singer looked great, she may have been the only person in the world to think that.

Despite having a stylist, Katy has made a number of fashion errors on the red carpet and we think it’s because she likes her fashion to be over-the-top. She goes more for shock value than for anything else. We personally think that she looks much better when she dresses less like a character and more like the bombshell she is.

Drew Barrymore has spent a third of this year pregnant. Many of the red carpet events that she attended were with her baby bump. While some women – Blake Lively – know how to dress their bumps stylishly, this former wild child had no idea how do that. She looked frumpy for the vast majority of the year, which sends a pretty bad message to other pregnant women. She’s basically saying “give up!”

When Barrymore isn’t pregnant, she still isn’t very stylish. It’s been a long time since she looked fashionable on the red carpet. Sadly, she tends to make epically bad choices no matter what. She obviously needs the help of a skilled stylist and the only person we think of who can help her get her groove back is Rachel Zoe. Remember how Nicole Richie dressed prior to soliciting her services? It was pretty bad; however, she became a red carpet style icon quickly with Zoe’s help.

Shailene Woodley means well – she really does. Unfortunately, when she steps out on the red carpet, she typically makes some really bad decisions, probably because she isn’t really into all the pomp and pretension of the Hollywood event scene. She’d rather be hanging out, taking her herbs and couching surfing at a friend’s house. She really doesn’t want to get all wrapped up in something as vapid as fashion and we’re pretty sure she probably laughs at the whole idea of the “word dressed” lists.

According to Woodley, her stylist makes all of her red carpet decisions for her. We don’t think her stylist is doing her any favors, but this could be because many designers don’t want the “Divergent” actress wearing the clothes they design. Woodley has said that she doesn’t wear commercial deodorants and instead uses essential oils. They reportedly make any dress she borrows smell pretty badly, which has been scaring designers away. Either way, she is one of the worst dressed stars on the carpet this year.

Rihanna is no stranger to Hollywood’s worst dressed lists. For the vast majority of her music career, she’s landed there and nowhere else. There have been a few times when she stunned us with some good style, but we have learned never to expect it from her. We know that she is more likely to shock us with too much skin, a bad color or a really awful design. She’s such a beautiful young woman. It is such a shame!

This year, Rihanna has continued to shock us with her “fearless” sense of style. She showed up at the CDFA wearing underwear with a sheer, sparkly dress over top. We saw WAY more of her than we ever wanted to see. She also attended the 2014 MTV Movie Awards wearing a white satin bodysuit with a sheer bathrobe-like garment around it. She kind of looked like she just got out of the shower.

Sometimes LeAnn Rimes surprises us with her fashion choices. Her hair, makeup and dresses will all look surprisingly good, as though someone had put some thought and care into her appearance. Considering that she’s been in the spotlight since she was 13, the instances where she surprises us are actually quite rare. Most of the time she’s a fashion train wreck. Her shoes won’t go with her outfit; her makeup is excessive; or her dress is just wrong.

2014 has been another fail for Rimes fashion-wise. Considering that she cleaned out her wardrobe and had a style makeover last year on Celebrity Closet Confidential, this is kind of sad. Celebrity stylist, Mary Alice Haney who worked with Blake Lively and the cast of “Sex and the City,” obviously wasn’t much of a help to the country singer. She still struggles to get on the best dressed lists. It might be time to call in Stacy London and Clinton Kelly from “What Not to Wear.” This is a fashion emergency!

When it comes to fashion, Kaley Cuoco is pretty clueless. She has completely failed to impress at most of the events she attended this year. One of the most offensive outfits we saw her in this year was at the Nickelodeon Kids’ Choice Awards. She wore this Rebecca Minkoff shorts-and-blazer Pre-Fall 2014 ensemble with chunky black BCBG sandals. It doesn’t look like anything was tailored well and it also looks really heavy on her frame. Not such a good look for a light and happy event.

We don’t really expect much of an improvement next year from Cuoco. Given that she is making $1 million per episode on “The Big Bang Theory,” one would think that she could afford to dress for success on the red carpet. Her friend, Tara Swennen, is reportedly her stylist. We think Swennen might be out of her league. We rarely see Cuoco on any best dressed lists. On worst dressed lists, she’s a constant!

Something tells us that Lena Dunham isn’t really interested in being known for making good fashion choices. She always looks pretty awkwardly put together at events, as though she has no idea how dress her figure. Her character on her hit HBO show “Girls” is the same way. Hannah Horvath always looks like she put on the first things she saw on her floor.

We kind of wish that Dunham would just get a stylist, so she can finally start owning the red carpet. We’re not sure we can handle another fashion disaster like the one the writer-producer-director had at the Emmy Awards this year. This daring Giambattista Valli Fall 2014 Couture gown will be remembered for many years to come and not for the right reasons. She is far too talented to become the butt of every fashion-related joke. Dunham needs some help next awards season so this doesn’t happen again.

Kim Kardashian has never been particularly stylish because has never really figured out how to dress for her body type. This has been a problem since she first rose to fame in 2007; however, it has definitely become worse since she’s had her daughter North. Everything that she wears now is skintight or it shows way too much of her stomach, legs or breasts. Her love of satiny-type materials is also a problem. They just don’t flatter her figure at all.

This year has been the worst year for Kim in terms of her style. It doesn’t matter whether she’s walking around town or strutting down a red carpet – her fashion sense leaves a lot to be desired. She reportedly even has a stylist, Monica Rose, who is trying to transform her into some sort of style icon. The whole situation is rather sad. Kim will never be anything more than an eyesore on the red carpet because she and her stylist have no idea how to dress her figure.

Katie Holmes has never been particularly stylish nor has she ever seemed to get fashion. When she was with Tom Cruise, she tried high fashion with Victoria Beckham, but that failed. She was even a fashion designer for a while there. She and her stylist Jeanne Yang started their own line, Holmes & Yang; however, that ended earlier this year. Now all Holmes has left are the few red carpet appearances she makes each year and, when she does that, she typically fails – big time.

It is so tragic because the former “Dawson’s Creek” star is so beautiful with such a lovely figure. There are so many types of dresses that could work on her, but she never tries any of it. It is probably a good thing that she isn’t a fashion designer anymore because she doesn’t even know how to dress her own shape. Poor girl.