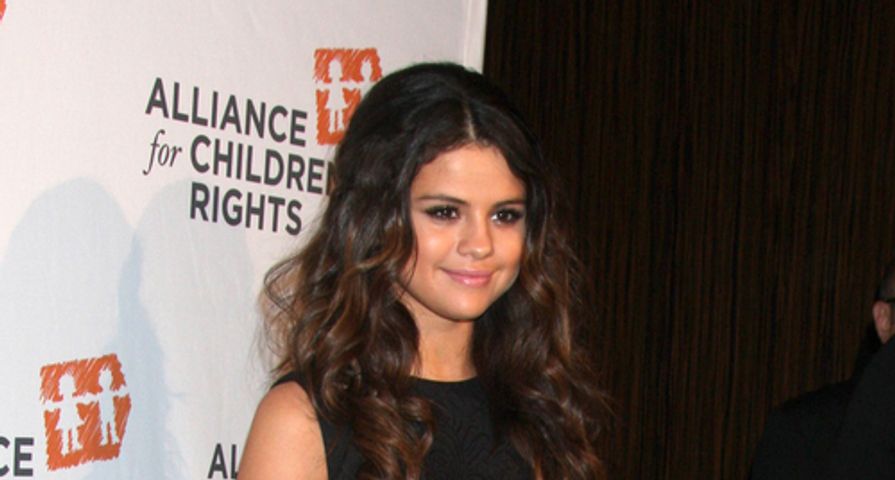 Selena Gomez seems to only make headlines for her rocky on-again off-again relationship with Justin Bieber. However, after going through some of her red carpet looks, we think she deserves some recognition for her amazing sense of fashion. Even though she’s only in her early 20s, Selena has proven herself to be quite sophisticated when it comes to her style. Unlike her fashionably-challenged ex boyfriend, Gomez knows what looks good and she can accessorize like it’s nobody’s business. She definitely deserves credit for her fabulous sense of style, so what better way to do that than by dedicating a slideshow to her fashion evolution!

Selena Gomez looked adorable at the 2007 Teen Choice Awards in leopard print pants and a black top with black shoes. 2007 was a great year for the rising star. By this time, Selena had landed her own hit show “Wizards of Waverly Place,” was dubbed “the next Miley Cyrus” by critics and was named one of the “Eight Hot Kid Stars To Watch” by Forbes magazine. That same year, Gomez launched her music career with the single “Everything Is Not What It Seems.”

The “Wizards of Waverly Place” star rocked a chic black dress with gold details around the neck and black peep toe heels at the St. Jude Children’s Research Hospital Runway for Life Benefit. In 2008, Selena Gomez’s star was continuing to shine. She launched her own production company and continued to release singles and act. She also briefly dated Miley Cyrus’ ex boyfriend Nick Jonas of the Jonas Brothers.

Selena Gomez looked smoking hot in a tight white dress at TV Guide Magazine’s Hot List Party. Even though she was just a teenager, she clearly knew what works on her tiny frame. In 2009, the young star focused on her acting career. Gomez guest starred on “The Suite Life on Deck” and “Sonny With a Chance,” lent her voice to Princess Selenia in the animated movie “Arthur and the Revenge of Maltazard” and starred in the Disney Channel film “Princess Protection.”

The rising star rocked a little black dress from H&M at the Women in Film Los Angeles 2009 Crystal and Lucy Awards. That same year, Selena Gomez quickly moved on from Nick Jonas to Taylor Lautner. While these two were both filming in Vancouver, they were spotted out and about together, acting very much like a couple. The relationship wasn’t meant to be, however. These two broke up after only a couple of months of dating.

Selena wore a white, strapless dress to the 41st Annual NAACP Image Awards. Although she looks lovely, the dress seems a bit too bridal. We expect her to wear something like this to her wedding. In 2010, Gomez released her sophomore album A Year Without Rain with her band, The Scene. “My influences, especially with this record, would be Cheryl Cole from the U.K. and Katy Perry,” she told Access Hollywood. “The way that they carry themselves and their music styles were very inspiring for me so I kind of made my own version of that.”

The actress/singer looked pretty in a shimmering Max Azria Atelier dress at the 2010 Hollywood Style Awards. Later that year, Selena Gomez would begin her tumultuous on-off relationship with pop sensation Justin Bieber but, at this event, she was spotted looking chummy with her co-star from “Monte Carlo,” Cory Monteith. These two seemed to be on the verge of becoming a real couple, but nothing ever seemed to materialize.

Selena Gomez donned a stunning Irina Shabayeva print dress with Isharya jewels and nude Christian Louboutin ‘Brandaplato’ sandals at the 2011 People’s Choice Awards, showing everyone just how sophisticated her fashion sense had become. She also performed at the event with her band The Scene and received the award for Favorite Breakout Artist, beating out B.o.B, Ke$ha, Bruno Mars and her boyfriend Justin Bieber.

The stunning starlet went for a more gothic look at the 2011 MTV Video Music Awards. She wore a black Julien MacDonald Fall 2011 dress, which featured a high lace neckline, a short skirt in the front and an overlay in the back with a long train. She accessorized with Brian Atwood pumps, a Judith Leiber metallic box clutch, Lorraine Schwartz Ofira gold drop earrings with black stones and a black and gold Lorraine Schwartz Ofira cuff.

Selena Gomez looked fun and flirty in a Dolce & Gabbana dress, Cesare Paciotti heels and a Jennifer Zeuner necklace at the 2012 Nickelodeon Kids’ Choice Awards, where she picked up awards for Favorite Female Singer and Favorite TV Actress for her performance on the show “Wizards of Waverly Place.” In 2012, Gomez and Justin Bieber began breaking up and making up regularly, establishing their relationship as one of Hollywood’s most toxic.

The former Disney star rocked a Cushnie et Ochs Fall 2013 forest-green frock with slashed shoulders and double slits on the skirt at the 2013 Teen Choice Awards. She accessorized with Nicholas Kirkwood beige lace pumps with a gold heel and aqua Neil Lane earrings. Selena Gomez’s style has evolved so much since her days on “Wizards of Waverly Place.” She was fast becoming one of the most chic and sophisticated young stars on the red carpet.

Selena debuted another stylish and sophisticated look at the 2013 MTV Movie Awards. She wore this long-sleeved Julien Macdonald gold fringed mini dress from the Fall 2013 collection. She completed the look with champagne-colored Jimmy Choo ‘Vibe’ peep-toe heels and gold earrings. Even though her style improved considerably, her taste in men didn’t. Gomez was still involved in an on-again off-again relationship with Justin Bieber.

The budding movie star looked beautiful in a little black dress at the Alliance for Children’s Rights 22st Annual Dinner. 2014 has been an eventful year for Selena Gomez. After canceling the Australian-Asian leg of her Stars Dance Tour, she secretly checked into rehab for two weeks. According to her representative, it wasn’t for substance abuse. Gomez is supposed to be releasing a greatest hits album later this year, so hopefully the year will end on high note for her.