ACM Awards: 12 Most Memorable Looks Of All Time 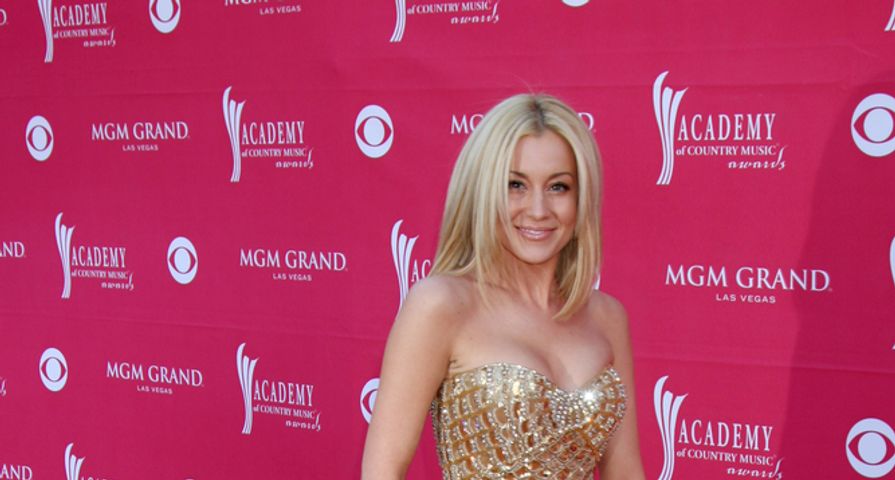 The fashion at the ACM Awards is definitely more unique than at other award shows. For this red carpet, stars aren’t afraid to take risks – unfortunately, these risks don’t always pay off. While some stars who attended the ACM Awards are remembered for their wacky fashion choices, there are others that are memorable because they really hit it out of the ballpark with their dress and its forever etched in our memories as a result. Here are the 12 most memorable ACM Award looks of all time:

Before Taylor Swift became a household name, she was just another young country star trying to make it happen in Nashville. In 2006, she attended the ACM Awards in a colorful bohemian-inspired dress with a pair of brown cowboy boots. Her style has since evolved, which is why this particular ACM look stands out!

Former The Voice contestant Cassadee Pope made a statement at the 2017 Academy of Country Music Awards wearing this Yanina Couture sheer gown. It was a bold choice, one that has landed her on a number of worst dressed lists, but at least it’s memorable!

The flashy Andy Warhol pop art-inspired pants that Steven Tyler wore to the Academy of Country Music Awards in 2015, which featured a woman’s face on one of the legs, were certainly memorable. He paired them with a simple white shirt, a navy pinstripe blazer, a hat and some sunglasses. It wasn’t the most polished look on the red carpet, but at least he stayed true to himself!

Katy Perry went full-on country with her outfit when she attended the 2016 Academy of Country Music Awards. She wore this metallic Jeremy Scott couture cowgirl outfit with bubblegum pink cowboy boots. It was definitely one of the crazier outfits the ACM’s red carpet has ever seen and that’s what makes it so memorable!

At the 2008 ACM Awards, magician Criss Angel did his own take on country style. He wore a black fedora, a black leather vest, a pair of white pants with skulls drawn on them, and some silver chains with handcuffs around his neck. It was definitely an outfit to remember, but unfortunately, we only remember it because it was really over-the-top.

Kacey Musgrave wore this powder blue Miu Miu gown, which featured a plunging neckline and a full skirt with a train, to the 2043 ACM Awards. While not everyone was a fan of the dress’ belt or the excessive ruching at the top, the look is still memorable because no one could agree whether it belonged on the best or the worst list!

Kaley Cuoco may not be a country star, but she showed up at the 2013 ACM Awards and turned heads with her gorgeous Max Azria Atelier halter gown, which featured sheer panels. It was an edgy choice and so was the poufy hairdo, but it paid off because years later it still stands out when compared with other ACM looks.

Country music singer Danielle Peck rocked a bright yellow mermaid style dress at the 2013 Academy of Country Music Awards and, while she was obviously shooting for glamorous, she clearly missed the mark. The color was too bright and the style of the dress looked like it was better suited for a high school prom.  Still, the look was memorable, just not the reasons she was aiming for.

Carrie Underwood always looks beautiful, but her gown from the 2017 ACM Awards was particularly memorable. She wore this dreamy bejeweled dress by LaBourjoisie, which featured a choker collar and tulle train. She certainly knows how to make a statement and this look did just that!

Country legend Dolly Parton showed up at the Academy of Country Music Awards in an array of bright and sparkly colors. She definitely didn’t land on any best dressed lists – the coat was just a bit too bold and bright – but at least it was memorable, even if wasn’t for the right reasons.

Miranda Lambert hasn’t always gotten it right on the ACM Awards’ red carpet, but in 2016, she hit it out of the ballpark with her canary yellow Christian Siriano gown. The dress was a little risky. It was really low cut with a thigh-high slit, but she pulled it off. Also, her pink Joyce Echols heels, which featured a matching miniature holster and a tiny gold pistol, were the perfect complement to the dress.

Kellie Pickler sparkled at the 2009 Academy of Country Music Awards in this gold Zuhair Murad mermaid gown from the designer’s Spring 2009 Couture collection. The fish-scale print details on the dress and the way it hugged her hourglass figure are what makes this look so beautiful and unforgettable.