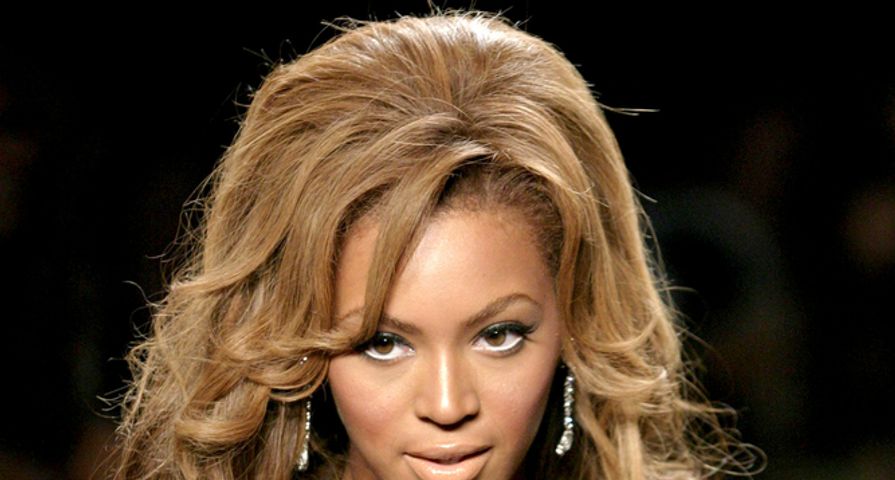 Celebrities are money-making machines, which is probably why so many of them are given their own fashion lines – it’s just another way to make money off of them! Unfortunately, when it comes to fashion and design, not all celebrities have a clue, which is why we have so many of them that have failed. Many of these clothing lines have long been forgotten, so we figured that now would be a good time to take a look at which celebrities have tried their hands at fashion with little to no success. It is a pretty cutthroat industry – someone should have warned them. Here are 7 celebrities with failed fashion lines!

At the height of her fame, Heidi Montag had her own fashion line. She collaborated with Anchor Blue back in 2008 to launch Heidiwood. While the clothes were affordable – everything cost from $10 to $60 – they were not especially well made. After her one-year contract was up, Blue Anchor decided not to renew it, stating that they would not be using celebrity endorsements in the future. “We just felt that the one year was a great year for both of us, and we’re looking into other options,” an Anchor Blue spokesperson told New York Magazine. “We really found that we want to explore…what style really means to our girl…and that doesn’t necessarily mean a celebrity brand. It really means fashion and comfort, and we can really accomplish that with our own brand.”

Something tells us that the former reality TV star got way more out of this than Anchor Blue did, so it was probably best that they cut their losses.

Avril Lavigne is another celebrity who has her own fashion line. She launched it back in 2008. It is called Abbey Dawn. According to her, the inspiration for her line comes from her own closet. “It’s who I am and what I think is cool and anything I’d wear,” she said. “I can literally come up with anything I want to wear and then it’s made and I get it.” She also said that the clothing she designs is for people who are in their 20s; however, it seems to only attract the 12 to 14 demographic.

The “Complicated” singer may have scored a major victory by having Abbey Dawn premiere at New York Fashion Week, but critics have been less than impressed with the line. “If you like skulls, glitter, and graffiti, then ‘Abby Dawn’ is where you’ll want to shop,” one critic noted. “Perhaps Abby Dawn’s ‘What The Hell’ t-shirt isn’t just referring to Avril’s latest single,” another critic joked.

In 2005, Mandy Moore branched out into the fashion world with her line Mblem, which featured contemporary knitwear and cashmere for taller women. In 2009, however, she announced that the line would be shutting down. “I love the fashion world. I’m fascinated by it. I’m humbled by it,” she said tells Women’s Wear Daily. “If I were to dip my toe back in there, it would have to be the right situation…a great partnership that could represent a true reflection of me and my ideas and you know that wasn’t happening. So next go round, that needs to be top of the list.”

Moore also said that she was turning away from fashion to focus on her music career. Later that same year, she released her sixth studio album, Amanda Leigh. It garnered generally favorable reviews, but only sold an estimated 100,000 copies. She’s currently working on her seventh studio album.

Lindsay Lohan has embarked on a couple of different fashion endeavors, both of which were unsuccessful. In 2008, she launched a leggings line, 6126, which eventually expanded to include a full clothing line. Like all things in the former movie star’s life, her involvement in the 6126 ended up producing a lot of drama. She sued the manufacturer, D.N.A.M. Apparel Industries, for $1.1 million for reportedly licensing her trademark “6126.” According to the lawsuit, D.N.A.M. licensed the trademark for international sales, but failed to pay her hundreds of thousands of dollars in exchange. The company ended up countersuing her for $5 million, claiming that her party girl reputation made it impossible for them to sell the merchandise. They ended up settling for $150,000.

Her leggings line wasn’t her only foray into fashion. In 2009, she became an artistic advisor for Emanuel Ungaro. The collection ended up getting horrible reviews and Lohan was promptly fired.

Sarah Jessica Parker launched her own fashion line in 2007 called “Bitten.” It was in partnership with the discount clothing chain Steve & Barry’s. The line was super affordable with fashion and accessories for under $20. “It’s a way of giving women without financial means access to good, simple, well-made clothes to feel proud of,” she said. While the line achieved significant commercial and critical success, it went belly up when Steve & Barry’s went bankrupt.

In 2014, the former “Sex and the City” star got another shot at being a designer. She started the SJP Collection, a footwear line, at Nordstrom. While her other line was uber affordable, this one isn’t. Shoes range in price from $195 to just under $500. “I’ve taken inspiration from things in my life such as the grosgrain ribbons I tied in my hair as a girl, to the flower accents from the Sex and the City wardrobe, to references to classic styles from the late Seventies and early Eighties,” she told Vogue. “I’m a firm believer in quality and timelessness and have created this collection with the hopes that women will love wearing it for years to come.”

Jennifer Lopez joined forces with Tommy Hilfiger’s brother Andy to launch Sweetface Fashion line back in 2001. According to the president of the company of the company, Denise Seegal, Sweetface Fashion’s goal was “to dress [their] consumers from head-to-toe with products inspired by Jennifer, and lingerie will be an integral part of the JLo look.” It looks like people weren’t that interested in dressing like Lopez. In 2007, production was stopped because of poor sales. One of the big problems consumers had with the clothing was that it was overpriced and cheaply made.

According to JLo, her foray into fashion was one of her biggest disappointments. “I just felt like I never got a fair chance to do it right. And on top of it, I felt like I was trapped in a situation I couldn’t get out of, and my name was stamped on things that I didn’t believe in,” she told The New York Times.

Beyonce’s fashion line, House of Deréon, which she co-created with her mom Tina back in 2006, got some pretty bad reviews. It was called “painful to look at” and it was criticized for having too many buttons, ties and logos. To make matters worse, it was considered way overpriced. In 2012, Beyonce and her mother tried to reinvent the brand by discontinuing the junior line Deréon and debuting slightly more fashionable clothing, which was modeled by the singer herself. It didn’t work , however, and the brand has faded out of existence as a result.

In 2014, Beyonce gave fashion another shot. She signed a deal with the British retailer Topshop to create an athletic street-wear brand. “Creating a partnership with Beyonce, one of the most hard-working and talented people in the world, who spends many hours of her life dancing, rehearsing and training is a unique opportunity to develop this category,” Sir Philip Green said of the partnership. Hopefully it will be more successful than House of Deréon!