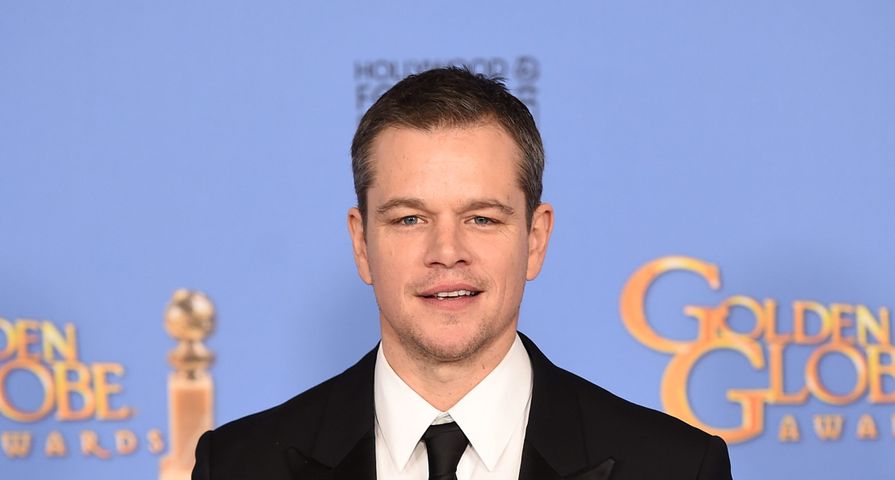 The 73rd Annual Golden Globes began with pre-coverage which extended into extensive red carpet coverage and of course led into the actual event inside the Beverly Hilton Hotel on Sunday, Jan. 10. While it seemed like viewers got quite a look at not only the big winners of the night, but also inside happenings and candid moments, there is of course a lot going on behind-the-scenes, during commercial breaks and at after-parties. Check out 9 Must-See Golden Globes 2016 Moments That Weren’t On TV.

Sylvester Stallone received a standing ovation, and rightly so for his reprisal of Rocky Balboa in Creed, and while everyone saw his acceptance speech, many were quick to criticise the iconic actor for leaving out some names such as his co-star Michael B. Jordan and the director, Ryan Coogler. Of course Stallone ran back up to the stage to thank them, but NBC had cut directly to commercial and audiences at home missed the whole thing. Poor Sly! Check out his first speech below!

Although there seems to be an endless amount of stars and celebrities, events like these prove the entertainment industry is a small world and it is hard to avoid ones ex when you date within the industry. During a commercial break, Los Angeles Times reporter Amy Kaufman tweeted a photo of one-time couple Jennifer Lawrence and Nicholas Hoult catching up E! News reporter Marc Malkin got a video of the interaction. The pair showed nothing for love for each other, after having broken up in the summer of 2014 following a five year relationship.

Empire’s Taraji P. Henson and Terrence Howard took a minute to speak to Tron actor Garrett Hedlund and his girlfriend Kristen Dunst during a commercial break. They evidently let it slip that Hedlund will be on their next holiday TV special, and then Henson got everyone laughing by tripping over her own gown. She walked by Hedlund and fell forward and asked, “What am I tripping on?” while looking around and then laughed and said, “B-tch, you’re tripping on your own self! I’m stepping on my own dress.”

As always Will Smith and Jada Pinkett Smith looked adorable together and inside the two were spotted chatting with Dwayne “The Rock” Johnson and evidently gave him parenting advice as he just welcomed a new daughter, Jasmine, with his girlfriend Lauren Hashian.

Although it seems the stars do quite a bit of drinking throughout the awards, NBC is always careful to keep those moments off camera; however, following his win for Best Actor in a Musical or Comedy for The Martian, Matt Damon was seen enjoying a beer or two. Of course, afterwards at the various afterparties, the alcohol was free flowing for the stars.

Speaking of afterparties, it seems with the cameras off and the party raging, Orlando Bloom got quite upclose and personal with Katy Perry at Harvey Weinstein’s afterparty. The two were photographed talking very closely and whispering before Orlando took Katy’s phone and typed on it. It didn’t take long for Perry decide to leave for another party and was closely followed by Bloom.

Before the show even begins, a dinner is served and cleared, meaning if you miss the red carpet, you probably miss the meal too. While Helen Mirren was seen carrying two plates of food through the ballroom, it seems Melissa McCarthy had a friend who missed the meal, but not to worry as McCarthy was spotted handing out Kind bars to her hungry friend.

Given how much activity there is during commercial breaks, it is surprising how composed everyone is when the cameras turn back on. One of the best moments was when Amy Schumer went by The Big Short table to introduce herself to both Brad Pitt and Christian Bale. She was so excited about the moment she jokingly yelled to a photographer, “Hey, Mr. Photographer, get this picture.”